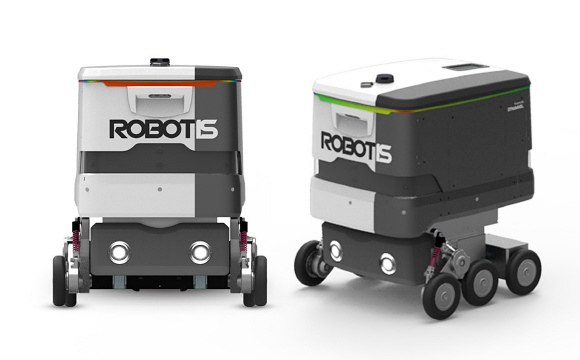 [Photo by Ministry of Trade, Industry and Energy]

Autonomous driving robots will deliver parcels, and self-driving shuttles will bus passengers in South Korea as early as next year thanks to a slew of latest regulatory exemptions.

The Ministry of Trade, Industry and Energy on Wednesday said it approved six types of new technologies and services to benefit from the new regulatory sandboxes including outside operations of autonomous driving robots and of self-driving shuttle buses.

Regulatory sandbox is a measure that enables unlicensed products and services to be tested on the market before being subject to the existing laws.

Under the latest regulatory exemption, an autonomous driving robot developed by Korean robot manufacturer Robotis Co. will be allowed to operate on sidewalks along with pedestrians starting next year. Under the current law, outdoor self-driving robots are categorized as “vehicles” thus cannot run on sidewalks or crosswalks but only on roads. The government, however, allowed an exemption for the delivery robot given the fact that its maximum speed is only 1.5 kilometers per hour, which is too slow to run on roads with other vehicles.

Autonomous driving robots will be first tested in Magok, Gangseo District in western Seoul at a limited driving speed and with on-site inspectors accompanied for safety. The driving robots are expected to mainly deliver foods and parcels. 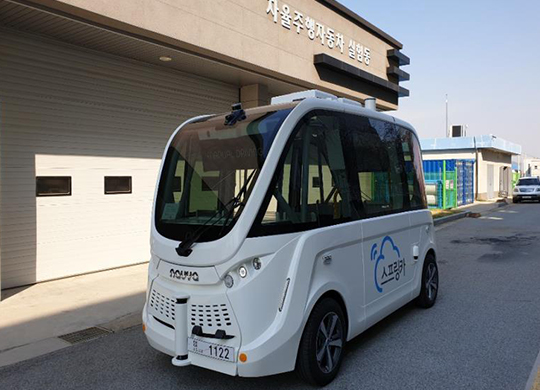 Currently, there is no legal ground for electricity resale to enforce different pricing systems. The three companies will be able to trade electricity and mediate fees in the areas without going through Korea Electric Power Corp. under the latest deregulatory measure. The ministry said that with the new plan, consumers will be able to choose electricity fee plans according to their consumption patterns, a move that would help them reduce energy consumption.

The industry ministry has so far eased regulations on 39 new products and services under the regulatory sandbox program launched in January, of which 14 of them have begun actual service.