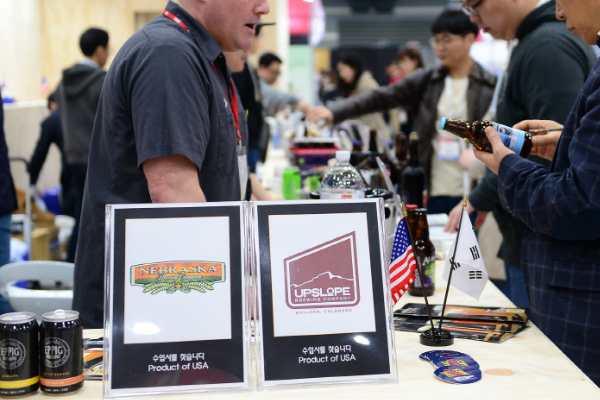 The Korea International Beer Expo (KIBEX) 2020 will be held on March 19-21 next year at the aT Center in Seoul.

KIBEX is the only beer-specialized fair in Korea where visitors can see and experience all the businesses of the beer industry value chain from beer production to distribution, packaging, and consumption in one place. KIBEX is co-hosted by the Beer Post, a firm that specializes in beer contents and the GMEG, an exhibition professionalized firm.

The first KIBEX, held in March, involved companies such as brewery, machinery, raw materials and ingredients in seven countries around the world. The event was held in a prosperous atmosphere with more than 10,000 visitors attending. In particular, B2B networking and business were actively carried out, which received favorable reviews enough for more than 90 percent of companies to hope for re-participation.

KIBEX 2020 has more than doubled its exhibition size compared to the previous event and the number of participating countries will increase significantly. From the US where the craft beer is booming, Germany, United Kingdom, and Belgium where the traditional great powers of beer, China that boasting global beer market scale, and to Southeast Asian countries where the market for craft beer is in full swing. With the participation of international beer professionals, KIBEX 2020 is expected to establish itself as an international beer exhibition in name and reality.

The International Beer Conference, held together, is designed to share beer expertise. Famous beer experts from around the world will be speaking and reflecting on the global beer market trends.

KIBEX 2020 is especially noteworthy in that it is a beer specialty event that is held ahead of the big change of the liquor tax system. In Korea, the method of levying beer-related taxes will be changed for the first time in 50 years in January next year. It will be changed from price-based tax to volume-based tax system. This lowers the tax on beer to 830 won per liter. So far, taxes have been high enough to make up about half the price of beer. Experts are predicting that the beer market will undergo a major revolution as the system changes lower the price barrier for craft beer.

Currently, the Korean beer market is dynamic, with the number of craft beer breweries increasing by more than 100 in four to five years. With a favorable tax base in the future, the market share of craft beer, which has remained at 1 to 2 percent, is expected to explode to the 10 percent range.

At this point, KIBEX 2020 is an opportunity to look into the new version of Korea`s beer business and to create a new business. KIBEX organizers said, "KIBEX 2020 will be a bridgehead for beer material companies, brewing companies, beer breweries and draft beer system companies to enter the Korean market with explosive growth." They also noted that "we will be an international network platform to search for business in the Asian market beyond Korea."

KIBEX has also entered into a marketing agreement with BrauBeviale, Germany, the world`s largest trade show for beer and beverages, and became a member of Beviale Family ranging with international beer exhibitions. KIBEX is setting down as a global exhibition that enables to meet the key players in the beer industry. KIBEX secures network with global platforms and competes to spread the possibility and importance of the Korean beer market into the world.

For more information about KIBEX 2020, please visit the official website (www.beerexpo.kr). To apply as an exhibitor, please sign up at the website or contact KIBEX Secretariat (+82-2-565-0501). Special discounts for early-bird applicants will be available if you apply by December 15.