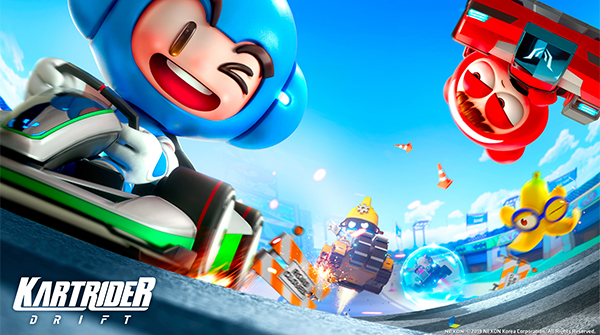 South Korean game publishers are set to move away from a profit model that focuses on random item draw boxes to cope with the government’s tightened regulations.

The Fair Trade Commission (FTC) has recently launched procedures to impose sanctions against industry leader Nexon Korea Corp. for alleged manipulation of its random item draw box. The Ministry of Justice and the National Assembly are also accelerating steps to introduce a law to mandate the disclosure of draw probabilities for the items.

Nexon announced that it will not include a random item draw box in its racing game “KartRider: Drift” released earlier this month. Instead, it will offer items for decoration.

The company’s previous racing game, “Crazyracing Kartrider” offered a random item draw box that dramatically improves driving performance. Some gamers criticized that the box is a kind of “pay to win” scheme.

Nexon also announced that it will not introduce the random item draw box in “The First Descendant” that will be released later.

Industry insiders also note that NCSoft Corp. will present a more user-friendly profit model for its new release, “Throne and Liberty,” in the second quarter.

The game publishers’ move comes as the government has enhanced monitoring over random draw boxes since last year.

The FTC informed Nexon that it allegedly failed to fully disclose or manipulated item-draw probabilities in its role-playing game “MapleStory.”

The National Assembly is also set to introduce a law that gives the Ministry of Culture, Sports and Tourism the rights to launch an investigation into game publishers if they deceive gamers with false information.

Game companies are concerned that the reinforced regulation will throw cold water on their businesses.