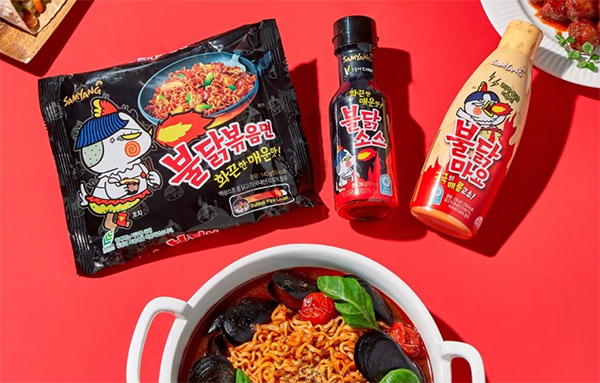 Overseas sales of South Korean instant noodles, or ramyeon, hit 2.1 trillion won ($1.7 billion) in 2022, surpassing the 2-trillion-won mark for the first time amid the global popularity of Korean pop culture.

Samyang Foods was able to beat Ottogi for the first time in 10 years on the back of strong exports that gained 150 billion won over one year. 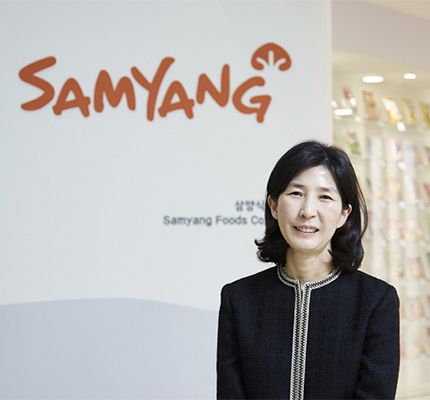 Samyang Foods opened the door for the country’s instant noodle market when it imported a ramyeon machine from Japan in 1963. Nongshim started to make ramyeon in 1965, Paldo in 1983, and Ottogi 1987.

Samyang Foods was in the lead with Nongshim in the 1980s but it started to fall behind in the race at the end of 1989 after being exposed to have used industrial oil in its ramyeon. It even fell behind Ottogi in 2013 to third place.

The rise in Samyang Foods is largely attributed to Buldak-bokkeum-myeon, or Hot Chicken Flavor ramyeon that account for more than 70 percent of its exports. Samyang Foods launched the instant noodle in April 2012, an idea from Kim Jung-soo, vice chairman of Samyang Foods, and wife of former chairman Chun In-jang.

With an extremely spicy soup base, the product went viral at home and abroad via social media like YouTube. Samyang Foods appealed to Chinese and American consumers by using local ingredients like Mara and Habanero for respective exports.

By Choi Jae-won and Han Yubin