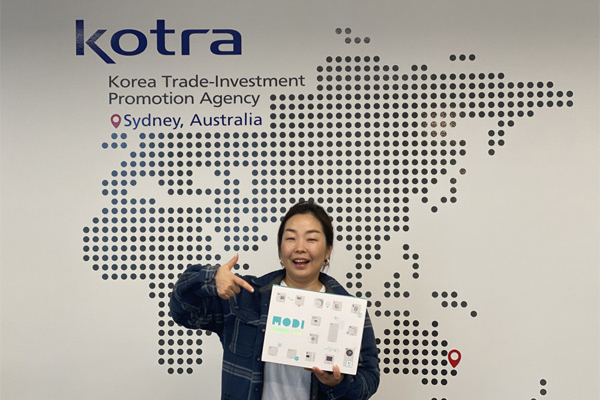 KOTRA, South Korea’s state-funded trade and investment promotion agency, has been acting as the trade window for Korean small and midsized companies to aid them amid worsening commerce conditions.

Its primary role has become a liaison office for companies that want to make inroads into international markets. Korea Convergence IT, a mid-sized firm producing smart sewage control systems, has benefited from KOTRA’s liaison service representing the firm in China.

In July, when the firm planned to enter the Chinese market, it had difficulty proving its technology as smart sewage systems were not well known there. Through KOTRA’s mediating role, the firm closed a deal worth more than $53,000 in Yixing, Jiangsu Province.

Bullsone, which produces automotive products, such as fuel system cleaners and engine oil treatments, also succeeded in exporting its products worth 1 billion won with the help of KOTRA. Rainbow Robotics, a cooperative robot manufacturer, leveraged on KOTRA network to advance into Germany last year, after exporting its humanoid robot Hubo to the United States.

KOTRA offered the liaison service to more than 4,200 firms last year. A total of 53,000 firms have benefited from the service until now since the service started in 2000.

Funiture maker Speedrack has used KOTRA’s logistical support for inventory storage and delivery. With KOTRA’s help, it achieved a U.S.-bound annual export of $2.2 million last year, 10 times bigger than the previous year. “As of August this year, Korean firms using our liaison and logistical services achieved a total of $4.65 billion, 42.4 percent up during the same period last year,” said Kim Yoon-tae, executive vice president for the small & medium enterprise division at KOTRA.

By Seo Jin-woo and Jenny Lee