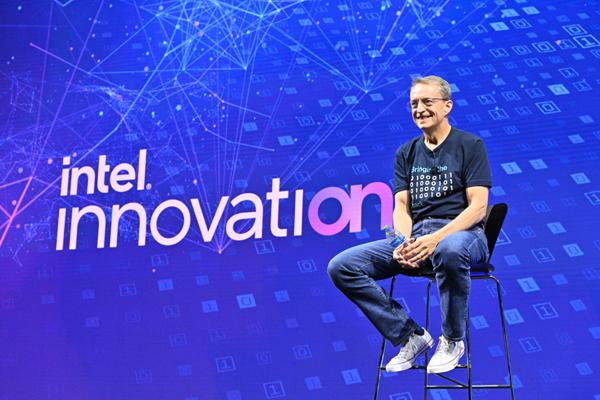 이미지 확대
The world’s three most powerful chipmakers Samsung Electronics Co., Taiwan Semiconductor Manufacturing Company, and Intel Corp. on Tuesday confirmed commitment to establish a single standard for next-gen chip-packaging technologies in what could be an example of the so-called Chip 4 alliance sought by the U.S. for full chip supply chain networking among countries with shared values.

Kevin Zhang, senior vice president of business development at TSMC also openly expressed support by saying that the goal of TSMC is to deliver an open chip platform.

A chiplet is a small unit that forms processors and is similar to a Lego block. Many chiplets that carry out different functions form a processor.

Intel CEO Pat Gelsinger in his keynote speech said that UCIe is now moving towards “reality,” noting that three chip majors and more than 80 others in semiconductor industry have joined the UCIe consortium.

The CEO promised that its chip manufacturing unit Intel Foundry Services will lead the way in creating a new era called the “systems foundry” based on four major components – wafer manufacturing, packaging, software, and an open chiplet ecosystem.

“Innovation once thought impossible has opened entirely new possibilities for chipmaking,” he said.

The world’s foundry market that involves chip manufacturing for other companies was rivaled between TSMC and Samsung Electronics. Competition intensified with Intel jumping on the bandwagon.

Components used in expose process to draw chip circuits, however, have reached their limit and manufacturing process has become more complex on top of increased costs.

The idea of chiplet rose to resolve complexity issue. A chiplet is a die with a small function loaded on a square die of a chip material. Companies in the past focused on producing big dies but have now changed to connecting many dies together.

The idea of chiplet was unveiled in 1965 by one of Intel founders Gordon Moore.

UCIe is a project that standardizes chip mixture. Standardizing physical layer, protocol stack, software model, and regulation compliance test would make it easier for companies to buy and sell chiplets.

Intel, meanwhile, previewed a pluggable co-package photonics solution that “simplifies manufacturing and lowers costs” when it comes to optical connections.

By Lee Sang-duk and Lee Eun-joo