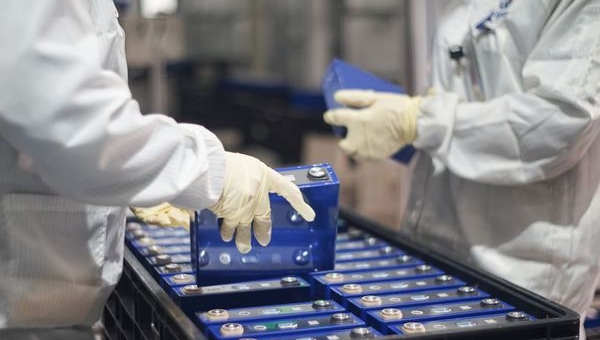 Samsung SDI, a battery and electronic materials manufacturer under Samsung Group, unloaded about 70 percent of its stake in Ganfeng Lithium worth about $189 million, cashing out of the Chinese maker four years since its investment following laws in the U.S. and European Union discriminating battery material sourcing from China.

According to the Stock Exchange of Hong Kong on Tuesday, Samsung SDI sold 16,622,000 shares of Ganfeng Lithium last Thursday (local time). It presumably would have earned 180 billion won ($125 million).

Samsung SDI was one of the original investors of Ganfeng Lithium that went public in Hong Kong in 2018. It signed a deal to invest 57.4 billion won for a 1.8-percent stake or 23,745,600 shares of Ganfeng Lithium. Through the deal, the Korean battery maker has secured a supply line of core materials for battery production, such as lithium and lithium carbonate. It has since kept a partnership with the Chinese company for battery manufacturing and battery materials sourcing.

Its decision to dispose most of its stake in the Chinese lithium producer came after the U.S. government recently enacted the Inflation Reduction Act (IRA) that allows tax credits only for eco-friendly cars produced on U.S. soil that are fitted with parts and materials mostly sourced in the U.S. This law restricts use of EV parts including battery materials shipped from China.

The Korean battery maker however said it will use the proceeds from the latest stake sale to invest in enhancing other materials supply chains while it will continue to work with Gangfeng under a partnership, said an unnamed official from Samsung SDI.

Founded in 2000, Gangfeng Lithium ascended to No.1 lithium producer not only in China but also in the world, overtaking Albermarle Corporation in the U.S. and SQM in Chile. It plans to expand its business area into battery manufacturing.

By Park Yun-gu and Jenny Lee