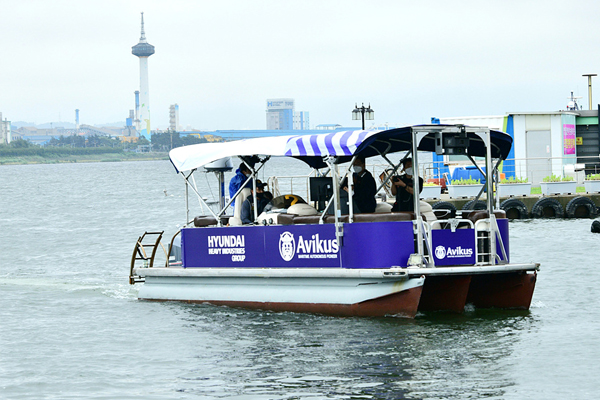 The primary battlefield will be sea self-navigation.

Chung Ki-sun, president and CEO of HHI Group’s holding entity HD Hyundai, early this year declared autonomous vessel operation technology as one of the group’s next growth engines and since then has been active in nurturing HHI Group’s in-house venture Avikus that specializes in development of autonomous navigational systems.

HHI Group expects the technical development will lead to growth of the leisure marine industry. Avikus aims to apply its autonomous navigational system to not only large sea carriers but also small leisure boats.

Kim Dong-kwan, vice chairman of Hanwha Group and eldest son of Hanwha Group owner family, oversees Hanwha Aerospace and other key affiliates that would command controlling a 49.3 stake in DSME when the acquisition of new shares becomes complete at 2 trillion won ($1.4 billion). 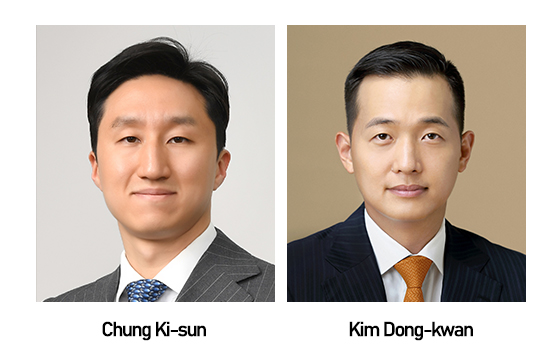 이미지 확대
Chung, 40, and Kim turning 39 next month, are said to be close as third-generation heirs to corporate dynasties.

HHI’s Avikus has signed a memorandum of understanding with U.K.-based satellite broadband operator OneWeb to provide necessary connectivity for operation of its autonomous navigational systems. Coincidentally, one of the OneWeb board members invested $300 million in Hanwha Systems.

The tools and equipment market for autonomous vessels are estimated to grow fast to $235.7 billion by 2028 at an annual growth rate of 12.6 percent on average, according to market research firm Acute Market Reports.

“With Hanwha’s network in the Middle East, Europe and Asia, DSME will be able to expand its flagship 3,000-ton submarine and warship exports,” said Hanwha.

By Lee Yu-sup and Lee Ha-yeon