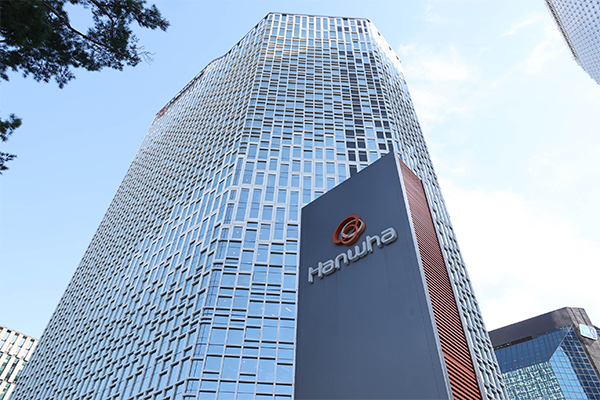 The 2 trillion won ($1.4 billion) deal would be sealed if no other bidders come up with better offers by the end of November.

Hanwha Group had chased DSME in 2009, but liquidity strains in the aftermath of the global financial crisis hampered with the quest.

With DSME onboard, Hanwha Group can immediately bolster competitiveness in defense business by establishing an integrated defense system for ground, sea, and air security. Its defense division is expected to create great synergy with the special vessel division of DSME that engages in warship and submarine business.

The group has made forays into the air and ground defense industry with its acquisition of Samsung Techwin (currently Hanwha Aerospace) and has developed and supplied homegrown naval combat systems after taking over Samsung Thales (currently Hanwha Systems).

Industry experts expect Hanwha Group would seek for additional M&A opportunities in the defense industry after it wins DSME.

Hanwha reported 80 trillion won in total assets as of the end of last year. With DSME under its wing, the gap in assets with the country’s No. 6 chaebol POSCO Group will be narrowed to 5 trillion won from 16 trillion won.

The group can pose as the strongest candidate if the government reattempts sale of Korea Aerospace Industries Ltd. State lender Export-Import Bank of Korea is the largest shareholder in the aircraft company whose sale attempts flopped three times in 2012-2013.

“Hanwha Group has aspired to become the Korean version of Lockheed Martin after acquiring Samsung’s defense units. It has continuously sought for buyout opportunities to turn into a defense giant with an enterprise value of above 10 trillion won,” said an industry official.

The energy business will also be expanded with synergy from the merger with DSME. Hanwha will be able to establish the entire value chain for LNG from production to transport and generation.

“General merger reviews are scheduled in about 10 countries, but there’ll be no antitrust issues like earlier as the deal is not a merger between shipbuilders,” said Kang Seog-hoon, chairman of KDB in a press conference after the government and the bank approved the sale plan on Monday.

Kang does not expect any massive layoffs at DSME via restructuring after its merger with Hanwha.