Hanwha to command 49% in DSME if stalking-horse bid of $1.4 bn is unmatched 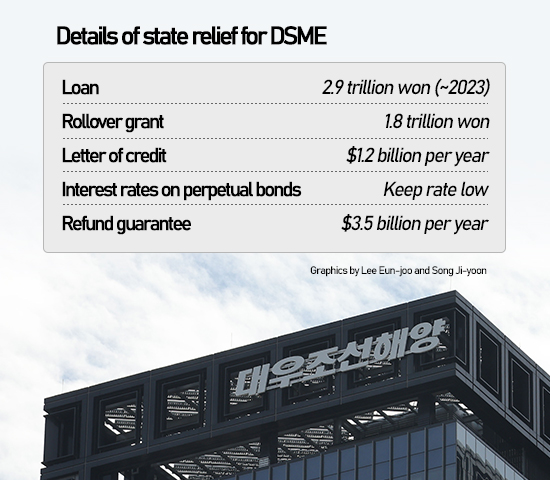 이미지 확대
South Korea’s defense- and energy-strong Hanwha Group would come to command global shipwright Daewoo Shipbuilding & Marine Engineering Co. (DSME) with a 49.3 percent ownership if no other bidder matches its stalking-horse terms for the company under state control.

“Privatization is the fundamental solution to normalize (debt-laden) DSME,” Kang Seog-hoon, chairman of Korea Development Bank (KDB) said in a press conference after the government and the state bank approved a sale scheme for the shipbuilder on Monday.

“If the sale goes as planned, it would be a measure that minimizes loss in public fund.”

KDB is opening a tender to invite higher bidders, but given current poor financial market condition, no other contender would likely come forward to bid higher than 2 trillion won ($1.4 billion).

KDB will remain as second major shareholder with 28.2 percent to provide necessary financial support to smoothen the transition and normalization.

이미지 확대
KDB will have “no small stake” in DSME and will lend out support for responsible management while respecting Hanwha Group rights, Kang said. The KDB can seat an outside direction on DSME board.

KDB, under agreement with other creditors such as Export-Import Bank of Korea, has decided to extend existing financial support such as loans and credit lines for another five years after current credit expires. The Export-Import Bank of Korea has granted grace on 2.33 trillion won permanent convertible bond interests. The lender plans to raise interest rates gradually and keep low rate for a while.

Despite a controversy over bargain, state lenders have found it better to unload DSME they have been sustaining over the last two decades to save further losses.

According to DSME half-year report, the company’s total debt reached 10.47 trillion won and debt ratio 676 percent. It logged an operating loss of 569.6 billion won in the first six months of the year and financial costs such as interests reached 916.7 billion won.

KDB will receive letters of intent for three weeks from Sept. 27 to Oct. 17. Bidders, as well as Hanwha Group, will conduct due diligence on the shipbuilder for as long as six weeks. A final contract will be signed after final bidder is named. Hanwha Group will be able to exercise priority investment rights as preferred bidder.

“The goal is to have the final agreement signed before the year end,” Kang said,” and it would take time until the deal closes but we plan to complete it before the first half of next year.” 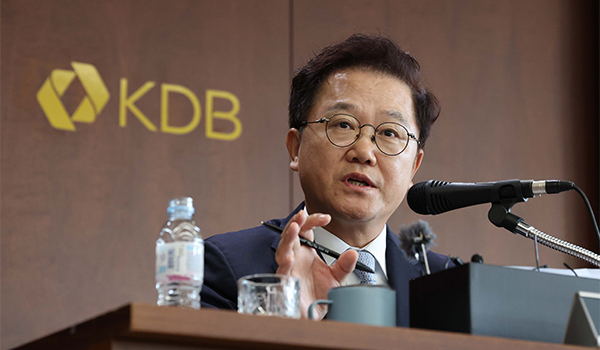 KDB has so far injected 4.1 trillion won in new funds to DSME, of which losses are estimated at 3.5 trillion won and allowance for bad debts 1.6 trillion won.

“The 1.6 trillion won will return as profit once DSME is classified as normal loan from precautionary loan,” Kang said. “We will also be able to recoup most of our investments when DSME shares go up after it transforms into a competitive company.”

“A private major shareholder will be able to invest aggressively on research and development and lead quality growth in the country’s shipbuilding industry,” Kang said.

KDB is expected to speed up other companies such as HMM and KDB Life Insurance.

The offloading of Asiana Airlines through merger with Korean Air Lines still needs approval from five countries, including the United States and Europe.