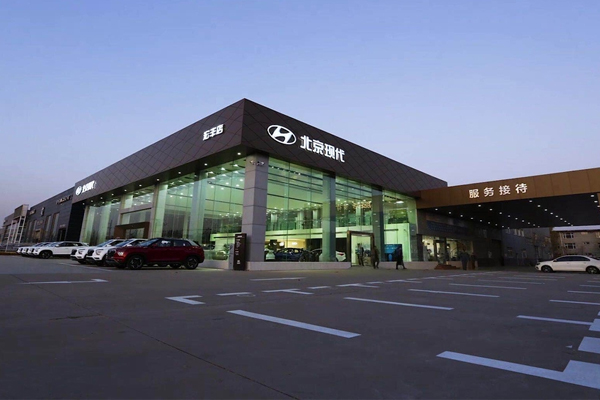 South Korean auto giant Hyundai Motor and its sibling Kia plan to introduce electric SUVs specifically tailored to the Chinese market next year in hopes of regaining their ground in the world’s biggest EV market.

Known by the code names OE for Hyundai Motor’s electric SUV and OV for Kia’s model, the two China-dedicated EVs are said to be priced at around 35 million won ($25,000) to compete against Chinese rivals, according to industry sources.

“The automakers recently had a review session on the new cars’ design with employees and the feedback was quite positive,” tipped a source, adding that Hyundai Motor Group is going all out to expand its presence in the Chinese EV market, which is the world’s biggest.

Both OE and OV are to be sold only in China. They will be assembled locally.

The two electric SUVs reportedly will be equipped with lithium iron phosphate (LFP) batteries, instead of lithium-ion (Li-ion) batteries, to make them more affordable and compete better against Chinese rivals. The Korean automakers have not revealed the battery supplier for their new China-exclusive electric SUVs, but industry experts assume it would be CATL, China’s biggest electric car battery maker.

Hyundai Motor and Kia hope the new EVs would help restore their car sales in the world’s biggest car market. In 2016, they together sold 1.78 million cars in China, but sales have tumbled since 2017 due to the diplomatic row between Seoul and Beijing over the installation of an American anti-ballistic missile defense system THAAD in Korea.

Hyundai Motor Group has rolled out its luxury label Genesis cars in China to recover its market share in China. It will also begin manufacturing Hyundai NEXO, a hydrogen fuel cell SUV, in China this year as the Chinese government is determined to expand the hydrogen car market. China is already the largest electric car market in the world.