POSCO furnaces to be fully normalized yearend or next year, but deliveries unaffected 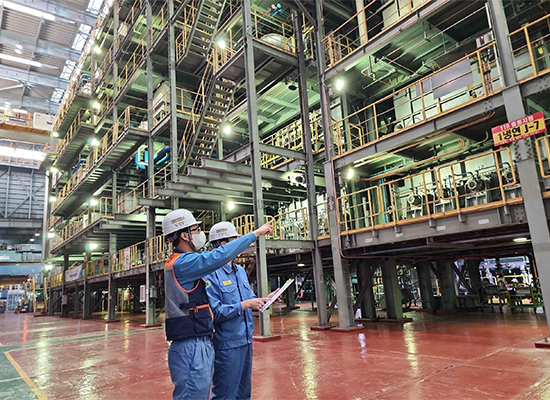 POSCO said on Wednesday it will gradually resume operations of all furnaces and collaterals hit by Typhoon Hinnamnor two weeks ago over the next three to four months and in the meantime will meet orders from wire rod and steel plate customers with inventory and cross-line production at home and abroad.

The Korean steelmaker assured its delivery will be made on time as its current stockpiles of key products can last for two to three months and weather supply disruption.

Specifically, the company plans to handle some urgent orders by using pre-manufactured stocks and new products from its plant I for wire rods to be resumed next month. POSCO has four wire rod plants in the southern city of Pohang hit hardest by the typhoon.

POSCO said plants III and IV will be re-powered during November and the most seriously damaged plant II by early next year.

For some large-diameter products only produced from the plant II, the company is seeking collaboration with other mills to make up for potential delivery shortfalls.

POSCO said its current inventory level of grain-oriented (GO) electrical steel for power transformers and non-grain-oriented (NO) products for motors can satisfy future demand for two to three months.

The company already restarted its plant III for electric steel plates, and plant II, which began trial operation last week, is scheduled to be in full operation from late this month.

For some hyper NO products for vehicles, POSCO is in talks with customers to shift production from Pohang to Gwangyang.

The current inventory level of stainless products can sustain for five months, but POSCO said it can explore production from overseas plants in China and Thailand to cover future deliveries, if necessary.