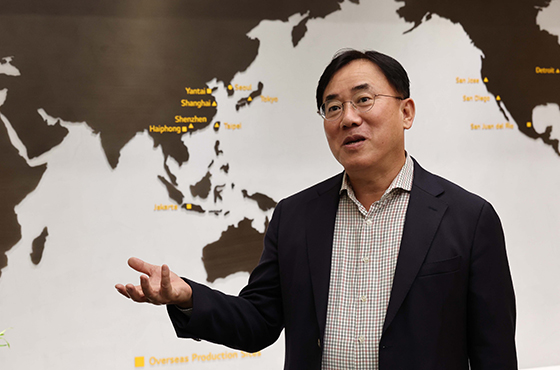 LG Innotek, South Korea’s electronic component manufacturer, is reviewing the expansion of its plants in Mexico and Poland to bolster regional production in a preemptive move to deal with intensifying protectionism on the global trade front after the enforcement of the U.S. Inflation Reduction Act.

“More countries are expected to join the U.S. in localizing supply chains,” LG Innotek CEO Jeong Ceol-dong said during his interview with Maeil Business Newspaper last Thursday. “Accordingly, we are reviewing expanding our manufacturing facilities not only in North America but also in Europe.”

Since its construction was completed in 2014, the Mexico plant on a 34,000-square meter land can produce auto parts including motors that can be fit in up to 7.6 million cars every year, targeting large customers in the U.S. and Canada.

“The U.S. IRA, which is currently applied only to vehicles, could be applied to other industries,” said Jeong, projecting demand for diverse parts produced from its Mexico plant should grow because Mexican production is considered U.S. production. 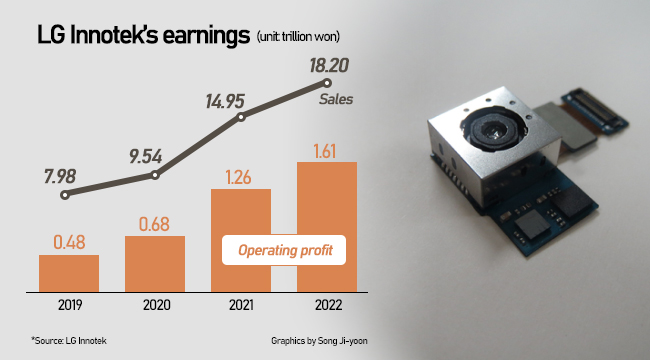 이미지 확대
LG Innotek is also reviewing expanding its manufacturing facilities in Poland, its production base in Europe.

“We are doing our utmost to solidify our foothold with our prowess in core technologies in electrification,” Jeong said.

The firm has undergone business restructuring since Jeong took office four years ago. It closed the main board and LED units for smartphones to shift its focus on camera modules and automotive electronic parts. It made record-breaking earnings last year.

The firm also is actively seeking to groom new growth engines. It invested 413 billion won ($297.33 million) in the flip chip BGA production early this year. A flip chip BGA is a specific type of ball grid array that uses a controlled collapse chip connection. LG pledges to win over the market, which is currently dominated by Japanese firms.