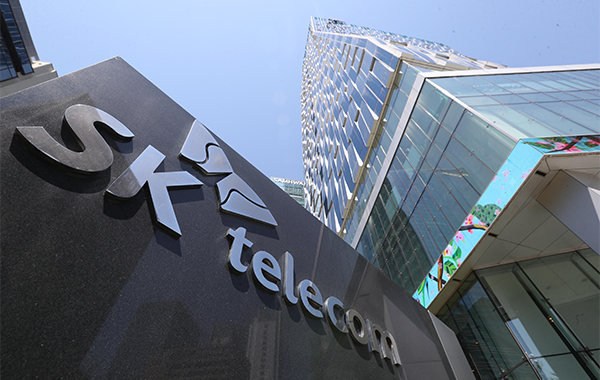 The top Korean wireless carrier estimated its consolidated operating income at 459.6 billion won ($352 million) for the second quarter ended June 30, 2022. That is up 6.3 percent from the previous quarter and 16.2 percent from a year ago.

Net profit rose 17.2 percent on quarter but fell 67.6 percent on year to 258.1 billion won largely due to change in its accounting rule separating out incomes from non-telecom units like SK hynix.

The results are slightly below consensus estimate of 465.1 billion won in operating income and 4.31 trillion won in revenue.

On Tuesday, SK Telecom shares closed at 52,900 won, the same as previous session. 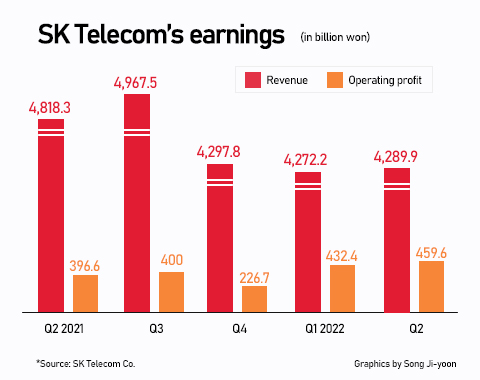 이미지 확대
5G network subscribers have come to account for a half of its entire fixed line and mobile service users. According to data compiled by the Ministry of Science and ICT, SK Telecom had 11.68 million 5G subscribed users at the end of June, up 52 percent from a year ago.

SK Telecom generated 374.3 billion won in revenue from enterprise business, centering around data center and cloud services. That is up 13.8 percent compared with a year ago, reporting double digit growth for two quarters straight. Cloud business revenue has jumped a whopping 133 percent in a year.