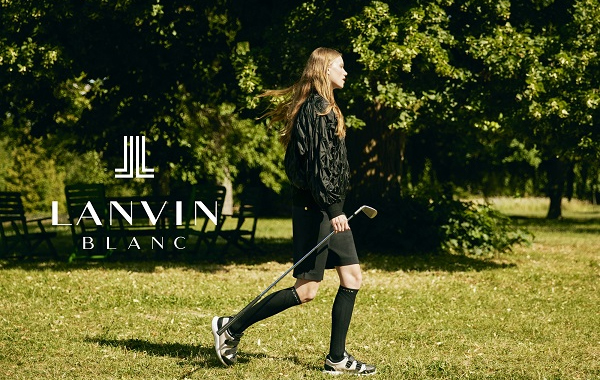 Handsome announced on Monday that it will unveil its new golf apparel brand “Lanvin Blanc,” jointly developed by Lanvin, in Korea to add the burgeoning segment to its lineup of perfumes and mid-range foreign fashion brands. The French fashion house would be attempting golf apparel for the first time in Korea.

While Handsome has previously released golf apparel lines with its flagship brand SJYP and Tommy Hilfiger, this is the first time that the Korean fashion house has created an entire brand dedicated to golf apparel.

This is not the first collaboration between the two. Handsome has exclusively distributed Lanvin in Korea since 2007. Lanvin has recently regained its popularity among the younger generation in Korea, with its annual sales in Korea expected to surpass a 100 billion won milestone, a first for a foreign brand in Korea.

Handsome will open offline stores of Lanvin Blanc in four Hyundai Department branches within this month and sell them online at its official website. Lanvin Blanc plans to expand the number of offline outlets to up to about 10 in the second half of this year, mainly in major department stores and is aiming to achieve 30 billion won in sales within three years.

By Kang Young-woon and Susan Lee