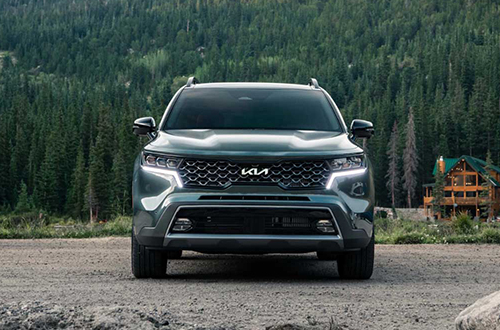 South Korea’s Kia Corp. no longer can be referred as a smaller sibling to Hyundai Motor Co. as its SUV-strong lineup has been outselling Hyundai cars and is set to finish the year as the No. 1 finished car brand.

If it does, Kia would be outperforming Hyundai in car sales at home for the first time since it went under Hyundai Motor Group in 1998.

According to the two companies on Thursday, Kia sold a total of 313,887 vehicles at home in the first seven months, slightly above Hyundai Motor’s 313,030 units.

The carmaker changed its corporate name to Kia from Kia Motors in January last year, with a new emblem in modern design, to accentuate shift toward electrification and innovation. Its family car flagships Sportage, Sorento and Carnival have gained stream since then.

Kia appeals to a wide range of consumers from smallest Morning and Ray to sedans K3, K5, K8, K9 and Stinger on top of highly-popular RVs Seltos, Niro, Sportage, Sorento, Mohave and Carnival.

“Since the release of the K5, Kia has succeeded in adding luxury appeal,” said an industry official.

Kia’s ascent may be unstoppable on strong demand for Sorento and other SUV models. Expectations for the upcoming all-electric SUV EV9 are also high after the successful debut of its first full-electric vehicle EV6.