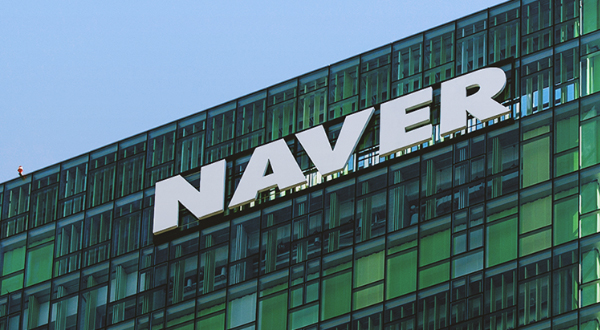 It is the first time for consolidated revenue to exceed 2 trillion won in a three-month period since Line was removed from Naver’s financial statement in the third quarter of 2021 following the Japanese unit’s business integration with Japan’s SoftBank. 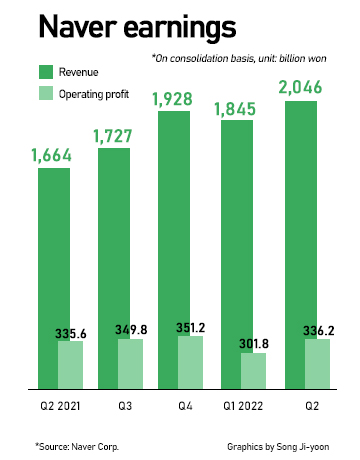 이미지 확대
Platform businesses remained intact across the board.

Search Platform business delivered revenue of 905.5 billion won, up 6.5 percent on quarter and 9.3 percent on year, after improving search quality and advertisement efficiency.

KREAM, a sneaker and fashion reseller platform, is growing rapidly with GMV hitting 350 billion won in the second quarter. Its annual GMV is estimated at 1 trillion won. The second-quarter GMV is 2.4 times greater than that of the first quarter.

Naver plans to expand its fintech business in Japan through its strategic partner SoftBank in Japan. The company plans to attract Japan’s No. 1 payment app PayPay users to its SmartStore, Naver’s e-commerce platform where retailers open and run online stores, in Japan. PayPay is owned by Z Holdings, which was set up by a merger between Naver’s chat platform company Line and SoftBank’s Yahoo Japan.

Contents business generated 300.2 billion in revenue in the quarter, up 41.6 percent on quarter and 113.8 percent on year, boosted by additional incomes from newly added web cartoon units. Total global GMV rose 19.6 percent on year to 406.5 billion won. It has over 180 million Naver Webtoon users worldwide and the monthly subscription is growing steadily.

Contents business still remains in the red due to big spending for expansion. Choi said the losses are “strategically intended” to beef up e-comics and other content businesses nurtured as new growth engines.

Cloud and other data-based businesses delivered 104.9 billion won in revenue, up 13.9 percent on quarter and 10.5 percent on year, upon steadily attracting new clients.