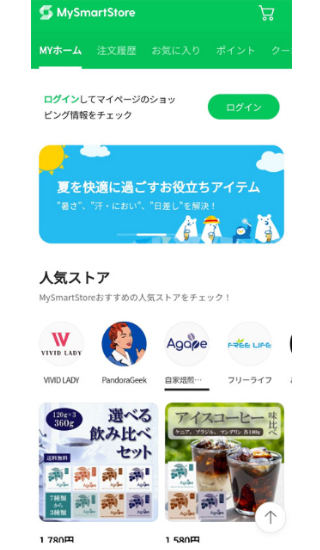 According to sources on Thursday, Z Holdings, which was formed by a merger between Naver’s chat platform company Line and SoftBank’s Yahoo Japan, announced during a Wednesday conference call discussing the company’s April-June results that it will add MySmartStore to PayPay merchants to promote digital transformation. This means that Naver will allow PayPay merchants to use the MySmartStore solution to help them build e-commerce sites.

PayPay, the No. 1 mobile payment platform in Japan, started its payment service in 2018 and has 48.65 million subscribers on a cumulative basis as of June, with the total payment volume reaching 4.9 trillion yen ($36.5 billion) at the end of last year. The number of PayPay merchants is 3.74 million nationwide.

Analysts say that Naver needs new growth momentum for its commerce business after it gave in to Coupang and dropped to No. 2 in the Korean e-commerce market last year amid a slow growth of the entire e-commerce market in the post-Covid world.