The newly signed project, worth $639.96 million, is part of the Shuaibah 3 Independent Water and Power Project, which is to establish the world’s largest reverse osmosis desalination facility in Shuaibah, located 110 kilometers south of Jeddah, the second largest city in Saudi Arabia. 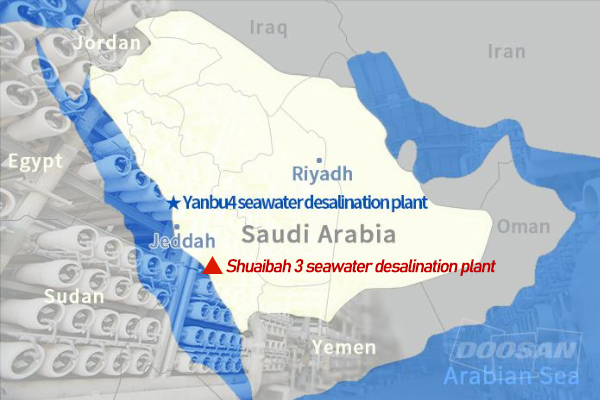 Under the EPC contract, the Korean company will build a desalination plant capable of producing 600,000 cubic meters of drinkable water per day and a 60-megawatt solar power plant, as well as provide machines for the construction works.

Previously in January 2021, the Korean engineering firm in a consortium with French energy company Engie, secured a contract worth 780 billion won ($708 million at that time) to build the Yanbu-4 seawater desalination plant in Alrayyis, 260 kilometers north of Jeddah city.