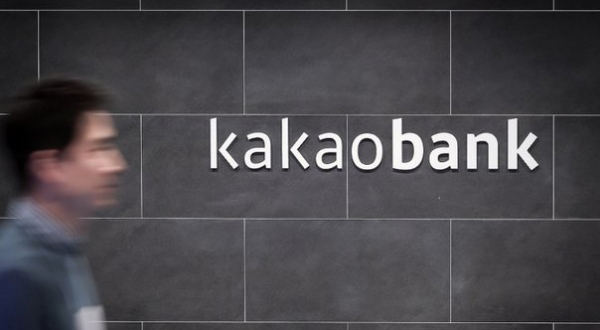 App-based lender KakaoBank Corp. trading on Kospi reported best-ever net and operating income for the first half, although profits in the second quarter were impaired after booking loss reserve against increased uncertainty.

For the first half, operating income added 21.7 percent to 162.8 billion won and net income up 6.8 percent at 123.8 billion won, both best figures for a six-month period.

Profitability was boosted by a rise in base interest rate and increased interest revenue on more loans extended to low and mid-tier credit borrowers, it said. Platform and commission businesses were also main drivers of growth. 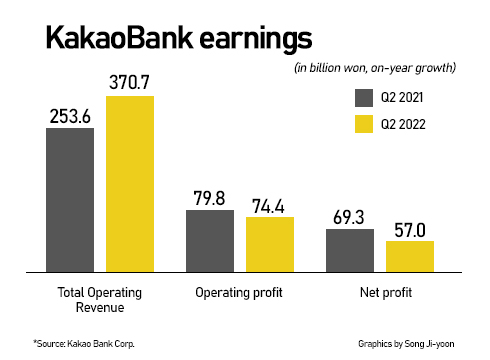 The number of customers added 1.18 million from six months ago as of end of June to 19.17 million. The monthly active users (MAU) for the mobile application amounted to an all-time high of 15.43 million to achieve name as the best banking app, according to Nielsen Media’s digital data.

KakaoBank plans to seek diverse new loan partners in the second half of the year and also introduce new partner-based credit cards. The online bank will also prepare for global market entry and introduce financial products for individual businesses, it said.

Shares of KakaoBank added 2.8 percent to 31,200 won by Wednesday afternoon.