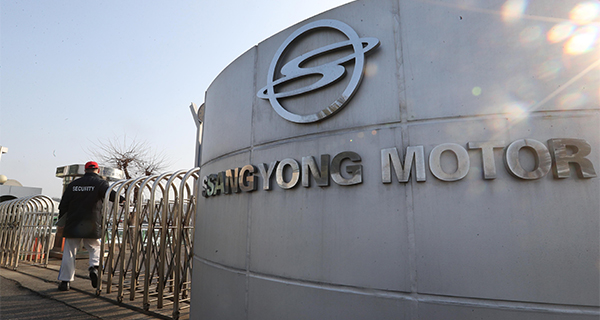 South Korean electric bus maker Edison Motors leading a consortium which has signed a final contract to take over SsangYong Motor Co. has recruited a former SsangYong executive to field him as a co-manager of the carmaker currently under court management.

According to sources on Wednesday, Edison Motors recently claimed the need for an additional supervisor for SsangYong with a deep understanding of the electric vehicle (EV) market and technology in its statement submitted to the court.

The company recommended its vice president Lee Seung-cheol for the post, saying he is the right person for the job as an EV expert with a career at SsangYong.

Lee served as a senior executive in charge of purchasing at SsangYong after working as an engineer at the company and former Daewoo Motors. He then moved to China’s Geely in 2010 and ascended to the vice president for purchasing.

Edison Motors is said to have scouted Lee in preparation for its acquisition of SsangYong last year.

“Lee has a career as an engineer and possesses a thorough understanding of the current situation facing SsangYong. Edison Motors may have counted him suitable for its goal to speed up the EV business after its takeover of SsangYong,” said an industry expert.

SsangYong Motor rejects the idea, arguing an expert in EV technology and sales would be better served as an employee or advisor, not an additional manager for the bankruptcy procedure.