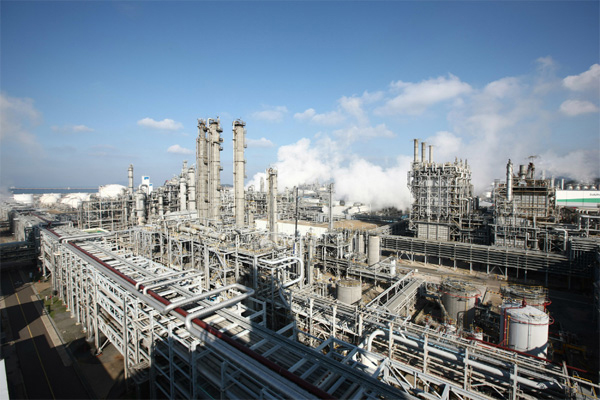 The two companies sealed a memorandum of understanding (MOU) to study the feasibility of a joint project to build and operate a plant to produce battery electrolyte solvents, key components of lithium-ion batteries for EVs, they announced on Monday. Upon the deal, Lotte and Sasol review Lake Charles in the U.S. state of Louisiana or the industrial city of Marl in northwestern Germany as a site for their new plant and choose one through their feasibility test.

Electrolyte solvent allows lithium-ion to move easily between the battery’s anode and cathode. It is a key material for the performance and durability of rechargeable batteries used in electric vehicles. Through the teamwork, the two companies will develop sustainable solutions, such as renewable energies, for carbon neutrality. 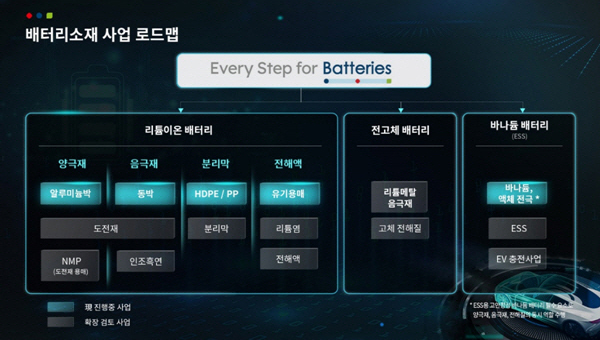 It has started the construction of a production base for EV battery solvents, such as high-purity ethylene carbonate (EC) and dimethyl carbonate (DMC). The new plant at its Daesan production complex will become operable in the second half of 2023. The firm also plans to bolster its membrane business, increasing annual production from the current 7,000 tons to 100,000 tons in 2030 for a targeted revenue of 230 billion won.

In January this year, Lotte Chemical invested 65 billion won into Standard Energy, a Korea-based firm that developed vanadium-ion batteries for the first time in the world, to acquire 15 percent of the firm’s shares to become the second-largest shareholder. Moreover, the firm signed a deal with an American battery startup Soelect to invest $200 million in a joint venture to build a factory for battery materials for use in electric vehicles in the U.S. by 2025.

Responding to surging demand for eco-friendly cars and renewable energy, Lotte Chemical has redoubled its effort in the battery materials area to fortify its footprints in the market.

By Park Yun-gu and Jenny Lee