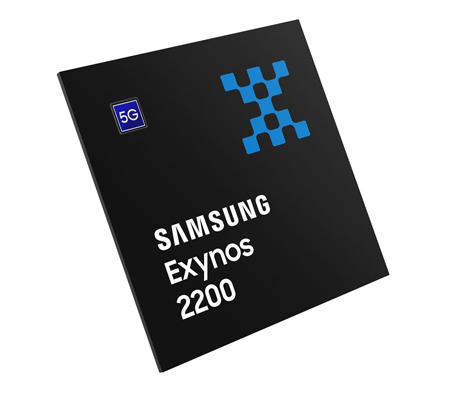 It also supports all major 5G frequencies around the world and is equipped with an Image Signal Processor (ISP) that has been redesigned to support the latest image sensors for ultra-high resolution of up to 200 megapixel (MP).

“Exynos 2200 is built on the most advanced 4-nm process and can offer entirely novel user experience in gaming, video processing and AI performance,” said Park Yongin, the President and Head of System LSI Business.

A weeklong delay in the release of the mobile processor raised speculation about the upset in next month’s release of new Galaxy S22 series which would be partly powered by the latest processor.

Samsung has typically used both American semiconductor company Qualcomm`s Snapdragon AP and Exynos for smartphones in the Galaxy S series. Exynos is known to be mainly used for domestic smartphones while Qualcomm’s Snapdragon 8 Gen 1 processor power phones for overseas shipments.

The Snapdragon SoC platform can transmit and receive large amounts of data as it supports Wi-Fi speeds of up to 3.6Gbps, which is about four times the current 5G speed in Korea and is said to be capable of up to 10GB download speeds, functions that are ideal in the metaverse era.

American IT media outlet PhoneArena, reported earlier this year that Qualcomm’s Snapdragon 8 Gen 1 and Samsung`s Exynos 2200 are both likely to have overheating issues. Although Galaxy S21 has improved its performance compared to the previous model, it sold only 13.5 million units in the first six months after its launch due to overheating issues. This was in stark contrast to Apple`s iPhone 12 which sold 100 million units in six months.

Taiwan’s MediaTek topped the smartphone mobile AP market with a 40 percent market share followed by Qualcomm and Apple in the third quarter of last year, according to Counterpoint, a market research company. Meanwhile, Samsung Electronics’ market share in the mobile AP market was halved from a year ago when it was 10 percent. As Samsung Electronics is likely to use Qualcomm’s Snapdragon 8 Gen 1 for Galaxy S22, it would have to seek other buyers for Exynos 2022.

By Na Hyun-joon and Susan Lee