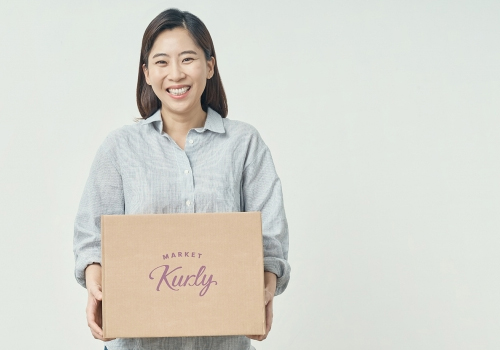 According to multiple sources from the retail industry on Tuesday, Market Kurly Founder and CEO Kim Seul-ah, or Sophie Kim, in a meeting with employees last week set this year’s GMV target at over 3 trillion won.

Market Kurly, since its inception, has kept up an average annual sales growth of more than 100 percent, said an unnamed company official. The app has more than 10 million users as of end of last year, with 75 percent of first-time users returning for shopping.

Kurly plans to use the proceeds from the IPO to expand next-day door-to-door delivery service nationwide.

Competition has heated in Korea’s fresh food delivery market with Coupang expanding Rocket Fresh delivery and SSG.com under Emart launching its own fast delivery while readying for IPO this year.