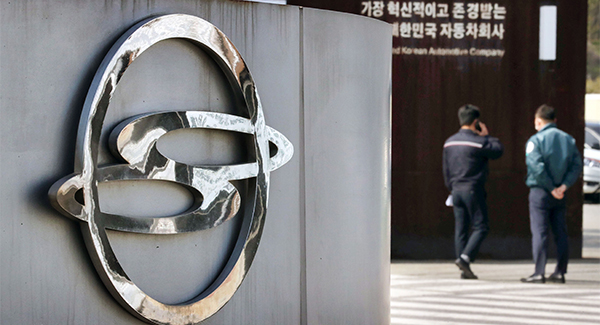 Three consortia have filed tender for SsangYong Motor Co. under court protection, raising expectations for a viable turnaround for the Korean SUV maker stuck in limbo after it was abandoned by former Indian parent Mahindra & Mahindra two years ago.

After two weeks-long due diligence on SsangYong, KG Group, Ssangbangwool (SBW) Group and EL B&T handed in their offers to contest as a stalking-horse bidder for the carmaker to court-appointed sale advisor EY Hanyoung, according to industry sources on Wednesday.

Pavilion PE formed a consortium with another contestant KG Group.

The candidate as a stalking-horse bidder could be announced as early as Friday this week in hopes to sign a conditional contract by next week. Others can go on bidding above the minimum price offer.

The stalking-horse bid was arranged after earlier preferred bidder, Edison Motors-led consortium, failed to deliver final payment by the deadline.

Among all conditions, the winning point would be the funding ability. Industry experts estimate 400 to 600 billion won ($$467.4 million) is needed to acquire the troubled carmaker. SsangYong Motor is 1.5 trillion won in debt and will need an annual working capital of about 300 billion won for business normalization.

Creditors are demanding payment of above 304.9 billion won for the acquisition as offered by previous candidate Edison Motors.

In funding, KG Group who formed a consortium with Pavilion PE is the strongest contender. Cactus Private Equity also joined the alliance to repeat their successful acquisition of the country’s fifth largest steel mill Dongbu Steel in 2019.

Another strong candidate SBW Group’s Kanglim has teamed up with KH Feelux and confirmed it is staying in the race despite losing KB Securities as a financial backer.

EL B&T who lost to the Edison Motors-led consortium last year is expected to seek for investment from overseas for stable funding as well.

All candidates promised to sustain payroll after acquisition.

SsangYong Motor currently s blacklisted for delisting as it failed to persuade its outside auditor to correct its disclaimer opinion to its 2020 and 2021 financial statements. Korea Exchange will decide whether to keep its status or give another chance for improvement on May 17.