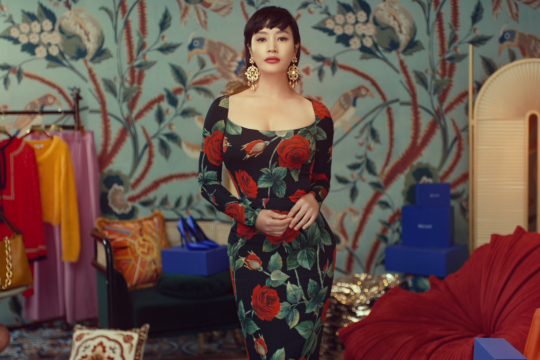 High-end fashion shopping platforms in South Korea have rapidly expanded during the pandemic period and expect another three-digit jump in sale turnover this year, with South Koreans becoming one of the biggest luxury spenders in the world.

Trenbe is broadening its business horizons after recruiting new talents as its executive members. According to Mobile Index, the fashion platform posted the highest number of visits (694,487) in November last year. Helped by soaring sales in the previous year (50 billion won GMV in November and 80 billion won GMV in December), the company`s GMV per month this year is forecast to reach 100 billion won. Trenbe is the only luxury fashion platform with its own fulfilment center in the country.

Mustit, South Korea`s No. 1 high-end fashion goods platform operator, was the first in the country to achieve 1 trillion won in cumulative GMV. The company recorded a surplus every year for the past 10 years. Instead of seeking a dramatic expansion in GMV, it plans to focus on increasing operating profit.

The Korean luxury goods shopping platform market has exploded during the Covid-19 lockdowns that have prevented international air travels and turned away domestic consumers from duty-free shops to the e-commerce sites for luxury goods.

According to Euromonitor, a market research firm, the size of the luxury goods market in Korea is about 16 trillion won, ranking 7th in the world at a growth rate of 5 percent last year. While the resumption of overseas travel remains unclear, domestic consumption of luxury goods is likely to rise, and fashion platforms are expected to spend more on marketing to lure more customers.

However, industry observers raise concerns about the intensifying competition among the platforms that could backfire due to excessive marketing spending.

By Kang Young-woon and Jenny Lee