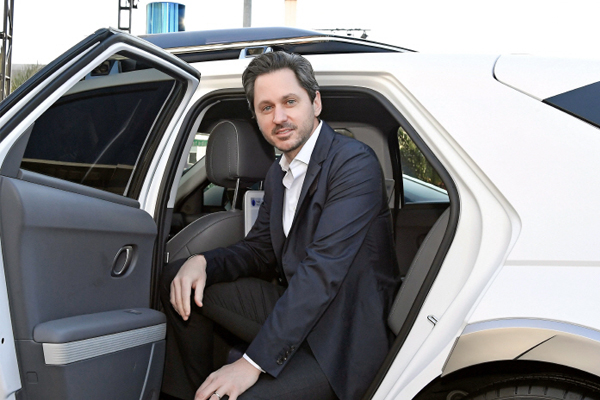 “The Ioniq 5 was the right vehicle platform for our next-generation robotaxi for many reasons,” said Karl Iagnemma, President and CEO of Motional, in his written interview with Korean media on Jan. 6. “This is a zero-emissions robotaxi that will not only make transportation safer and more accessible – it’ll make it more sustainable.”

Motional last year announced that it will begin conducting autonomous deliveries in partnership with Uber Eats in Santa Monica, California. The deliveries will be conducted with Motional’s next-gen robotaxi built on Hyundai Motor’s all-electric Ioniq 5.

Iagnemma noted the entry to food delivery will enable Motional to maximize the time its robotaxis are on roads operating a revenue-generating service.

“We look forward to continued collaboration with Uber Eats, with the opportunity to expand our partnership, as well as partnering with other delivery providers,” he added.

Iagnemma emphasized that Motional is distinguished as an industry leader both technically and commercially. The company has the ‘software and hardware expertise’ needed to develop a fully integrated driverless vehicle that can be manufactured on a global scale and technically, it is one of only a handful of industry leaders with the ‘advanced technology’ required to operate fully driverless vehicles on public roads.

“We began fully driverless testing in early 2021 and will be launching a fully driverless public robotaxi service starting in 2023. That service will launch in Las Vegas before expanding to other markets globally,” said Iagnemma.

As for the market skepticism about the future of autonomous driving technology, Iagnemma emphasized that no one currently has question the viability.

“Several industry leaders, Motional included, have demonstrated fully driverless operation. We’ve proven the technology is possible and now the conversation has to turn to scale,” he said. “This is where Motional’s partnership with a global leader in vehicle manufacturing, Hyundai, is key.”

Robotaxis are never drunk, drowsy, or distracted. They are smarter and more experience than a human driver.

“We’re going to make roads safer and as a result, save millions of lives. From a sustainability perspective, autonomous technology has the potential to reduce the climate impact of transportation,” said Iagnemma. “Driverless technology will fundamentally change how we move about our lives.”