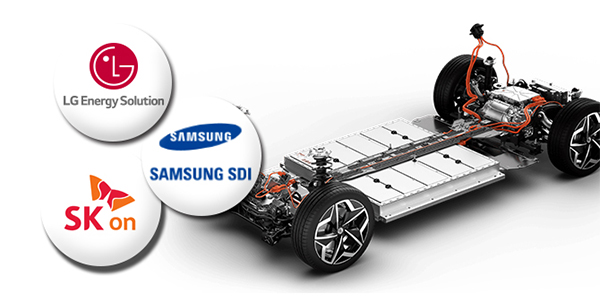 Renault Group is expected to unveil its plan for EV battery supplies early next month, according to sources in the auto industry on Monday. The automaker early this month presented its bold electrification plan to have EVs for all its models by 2030 in Europe, produce an EV version of the Alpine sports car by 2026 and its Ampere unit to manufacture 1 million EVs by 2031.

But this electrification plan doesn’t have a detailed plan for EV battery supply. An official in the automobile industry said, “I know that Renault is planning to announce a partnership with a battery supplier soon. The European company is reviewing South Korea’s three battery makers, including LG Energy Solutions.”

Renault Chief Executive Officer Luca de Meo visited Korea last month and met with top management of an unidentified battery maker. During his Seoul visit, de Meo said that the company needs to expand battery capacity in Europe. “That is one of the reasons I came to Korea,” he added.

An official from LG Energy Solutions confirmed that the two companies are in talks on “various projects” but added nothing has been decided yet. Considering that LG Energy Solution is reviewing an option to set up a new plant in Europe and it’s the sole battery supplier for Renault’s small EV ‘Joe’, it is highly likely that the two companies would form a partnership.

Hyundai Motor Group is also expected to unveil its battery supply plan soon. The Korean auto giant plans to set up a battery cell plant near the Georgia EV plant, which will begin construction in the first half of next year. The Georgia factory will begin mass production of EVs in 2025 and become Hyundai Motor’s only production facility that produces EVs for three brands ? Hyundai, Kia and Genesis.

Hyundai Motor Co. decided to build a battery cell venture in Indonesia with LG Energy Solutions, but in the U.S., it is highly likely that its cooperation with SK on could be expanded.

There is also high interest whether LG Energy Solutions and Toyota Motor Corp. will join hands for the latter’s electrification projects. The two companies would either set up a battery venture in the U.S. or sign a battery supply agreement, according to industry observers.

The industry sees the possibility of cooperation between Samsung SDI and General Motors Co. Recently, there are speculations that the two companies may form a venture.