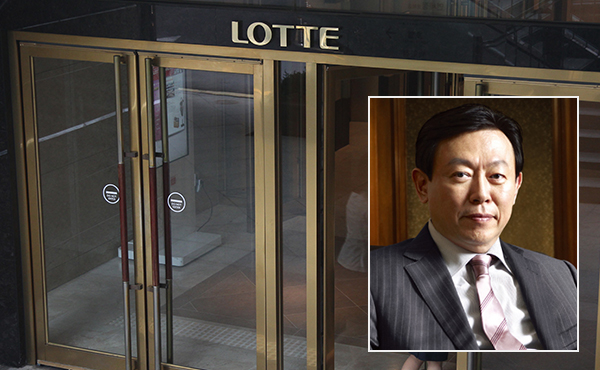 Lotte Group Chairman Shin Dong-bin has joined the recapitalization scheme by Lotte E&C, a builder under South Korea’s fifth largest conglomerate struggling with short-term liquidity squeeze from project financing scare, by putting up 1.1 billion won ($814,452) out of his own pocket.

Lotte E&C on Tuesday disclosed the changes in its stock holdings after its new stock issuance last Saturday.

Shin acquired 9,772 common shares of the company worth 1.17 billion won. Along with the acquisition, his holdings increased to 198,432 shares from 188,660 shares. His holding ratio is unchanged at 0.59 percent.

Last Friday, the builder announced it would issue 1,485,450 new shares to raise 178 billion won for operation funds. Shin and Lotte companies have been chipping in to help out the builder in trouble.

Lotte E&C has been surviving on internal emergency funding as external financing has become impossible after the default declare on a municipal project financing behind Legoland Korea that caused scare over both public and private construction projects.

It borrowed 300 billion won and 100 billion won each from Lotte Fine Chemical and Lotte Home Shopping for three months. It sought new loans of 350 billion won from KEB Hana Bank and Standard Chartered Korea. The construction firm plans to use the secured fund and its cash and cashable assets to pay for project finance loans maturing by the end of the year.