U.S. IRA, inflation to weaken exports of Korean vehicles in 2023 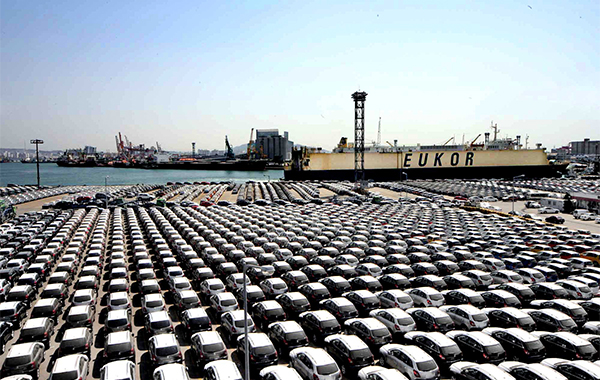 Exports of South Korean vehicles are expected to fall next year due to higher inflation and the U.S. Inflation Reduction Act despite robust global demand in cleaner fuel, according to the Korea Automotive Technology Institute (Katech).

Overseas sales of South Korean vehicles are expected to fall 4.2 percent to 2.1 million units and domestic demand will likely drop 0.5 percent, Katech said in a report Tuesday. As a result, local production is forecast to decline 3 percent to 3.49 million units.

IRA went into effect in August, which means consumers who buy electric vehicles that aren’t assembled in North America won’t be eligible to receive as much as $75 million. It also calls for automakers to use batteries that are made to a certain extent in the U.S. or countries that have fair trade agreements with the U.S. Hyundai Motor Co. is building an EV plant in Georgia but operations are expected to start in the first half of 2025.

Katech expects vehicle demand in 2023 could increase by as much as 4.7 percent to 85.3 million. This year, sales are expected to reach 81.5 million units.

Exports and production by Korean automakers could drop significantly should the U.S., Europe and China show a major slowdown in economic activities. “It could have a negative impact on production of domestic automakers as well as parts makers, and the business performance of the automotive parts industry could deteriorate again,” a researcher at Katech said.

By Moon Gwang-min and Kyunghee Park