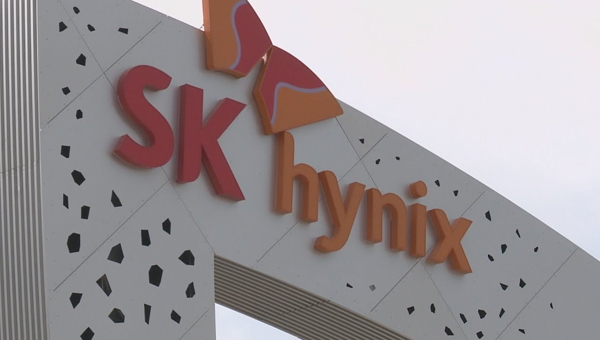 Minister of Trade, Industry and Energy Lee Chang-yang said on Monday that the semiconductor industrial complex is on path and the government will work closely with the National Assembly to review the National High-tech Strategic Act to allow rapid processing of permits for special cases to prevent delays in construction of industrial complexes.

The construction of the 120-trillion-won ($88.4-billion) industrial complex had been stalled because authorities in neighboring Yeoju city rejected SK Hynix’s bid to receive water for the production facility in Yongin city as Yeoju city authorities claimed that it would be an inconvenience to the people living in the city on fears of restrictions on regional development from various regulations to reserve the water resources. 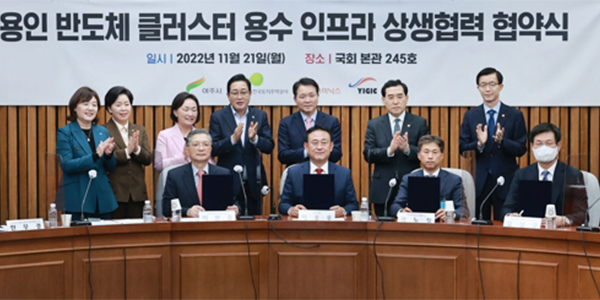 [Provided by Ministry of Trade, Industry and Energy]

The trade ministry had formed a task force with relevant government offices, provincial authorities and corporates to negotiate with Yeoju on the construction of the industrial complex. Also, the government is reviewing a plan to enhance regulations on reducing the size of plant expansions without wastewater discharge to 2,000 square meters from 1,000 square meters in Yeoju and expand the city’s sewage supply to preserve water quality.

SK hynix will engage in social activities to support the people of Yeoju and provide training for the people in the city to become its semiconductor manpower. These efforts finally paid off as the Yeoju authorities approved the construction of the water facility on Nov. 17, clearing all administrative procedures for the chip complex.

The semiconductor industry is relieved that the dispute over the water facilities for SK hynix’s plant has been resolved. An industry official said that if an agreement wasn’t reached with Yeoju, operations of the chip facility wouldn’t’ have started on time and SK hynix would have lost trillions of won in sales.