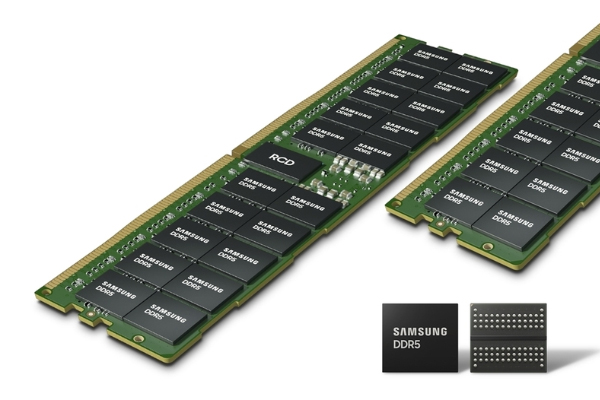 The global memory chip market will be hit by a supply glut next year, warned Taiwan-based semiconductor industry tracker, adding to woes of South Korea`s memory giants Samsung Electronics Co. and SK hynix Inc. that have seen their shares plunge on concerns over a chip down cycle.

The country’s chip bellwether Samsung Electronics shares dipped below key 70,000 won ($58.8) this week for the first time since December last year. It is trading up 0.87 percent at 69,400 in morning trading on Thursday.

Shares of Korea’s bellwether chip names have tanked due to the grim prospects on the demand for their mainstay memory chips. Adding to woes, Taiwanese memory market research firm TrendForce on Wednesday estimated that the average selling price (ASP) of DRAM chips next year would decline 15 to 20 percent compared with this year due to an oversupply issue. 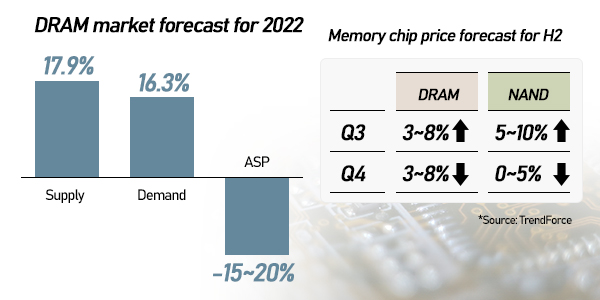 이미지 확대
TrendForce predicted that the overall DRAM supply next year is likely to grow 17.9 percent on year, exceeding a 16.3 percent growth in demand, given that major buyers would be wary of placing new orders for smart phones, servers and PCs amid prolonged supply chain disruptions, which also have made them secure enough inventories early this year. It also projected that laptop shipments will fall 7 percent to 220 million units. 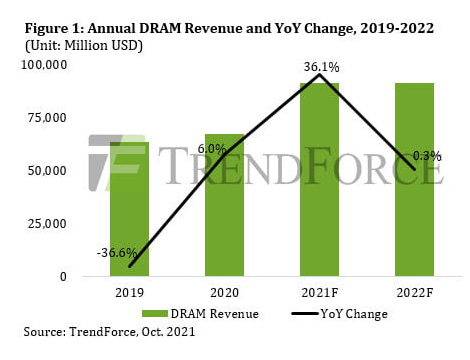 이미지 확대
Samsung Electronics, the world’s biggest memory supplier, will increase its chip output by 19.6 percent as the company’s new P3 fab line of Pyeongtaek Campus is set to be completed next year, the report from TrendForce showed. SK hynix, the second largest DRAM producer behind Samsung, is also expected to expand memory production capacity by 17.7 percent as it is readying mass production at its new M16 DRAM fab in Icheon campus.

A power crunch in China could worsen the situation as it leads to prolonged non-memory chip and parts supply shortages adding to supply disruptions, explained an analyst at KB Securities.

However, as chip makers have already secured most of the supply deals for next year, a steep fall in prices is unlikely, a semiconductor industry source said.

By Park Jae-young and Lee Soo-min