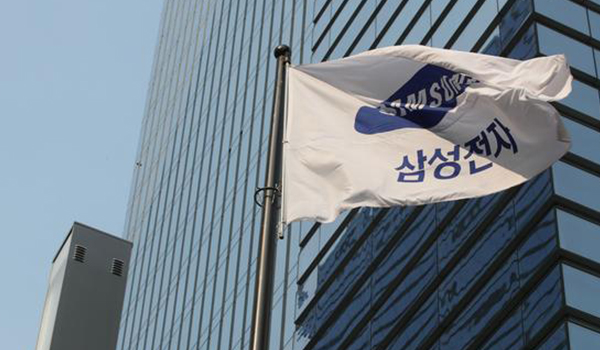 The South Korean tech giant in its earnings guidance released on Friday estimated its operating income at 15.8 trillion won for the third quarter, up 25.7 percent from three months ago and 27.9 percent from a year ago. The earnings are the best since the third quarter of 2018 when the company raked in its best-ever 17.6 trillion won at the peak of the chip super cycle.

The results are in line with a market consensus of 15.8 trillion won operating income and 73.36 trillion won sales, compiled by local financial data tracker FnGuide.

On Friday, shares of Samsung Electronics closed 0.14 percent lower at 71,500 won in Seoul. 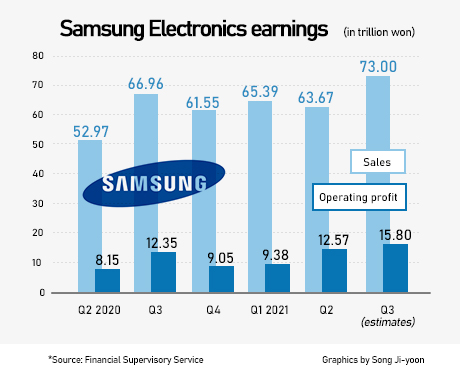 이미지 확대
Samsung Electronics enjoyed the stellar earnings from its mainstay chip business thanks to the demand boom coupled with strong memory chip prices. Its DRAM shipments are estimated to have grown 4 percent on quarter while memory chip prices gained 10 percent in the third quarter, according to a report by Korea Investment & Securities.

Its non-memory business also benefited from strong foundry orders. The foundry division’s operating income for the third quarter is estimated at 700 billion won, more than tripled from three months ago, KB Securities projected in a recent report. 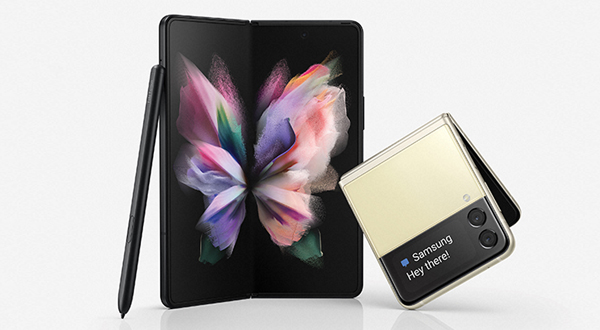 Smartphone business is expected to show strong numbers for the third quarter thanks to its new foldable series Galaxy Z Fold 3 and Z Flip 3, whose pre-orders reached 920,000 and beat market’s expectation of 800,000 units. They sold 1 million units across the world in 39 days since the Aug. 27 release.

The company will release its final detailed earnings for the third quarter on Oct. 28.