Korea to up hydrogen consumption over 15-fold to 3.9 mn tons in decade 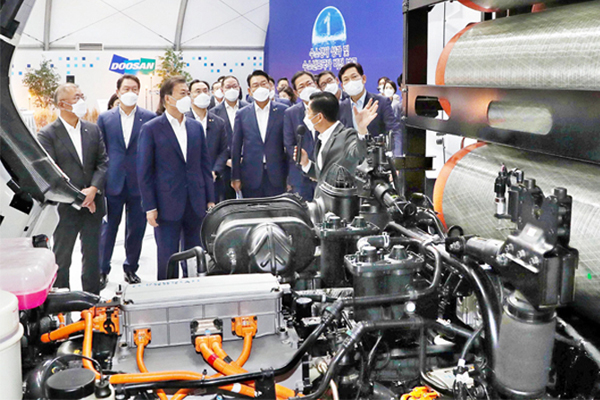 South Korea aims to boost the country’s hydrogen consumption more than 15-fold to 3.9 million tons in a decade as it has set clean hydrogen as the country’s mainstay energy source, and Hyundai Motor Group will aid the government to achieve the goal with a $1 billion investment to build fuel-cell stack plants.

The new vision was unveiled Wednesday by the government in a briefing to President Moon Jae-in and business leaders on the sidelines of a groundbreaking ceremony for Hyundai Mobis` hydrogen fuel cell plant in Incheon, west of Seoul.

Korea’s new hydrogen consumption target of 3.9 million tons by 2030 is twice as much as its previous target announced in January 2019 under its hydrogen economy initiative and about 18 times higher than this year`s estimated 220,000 tons. 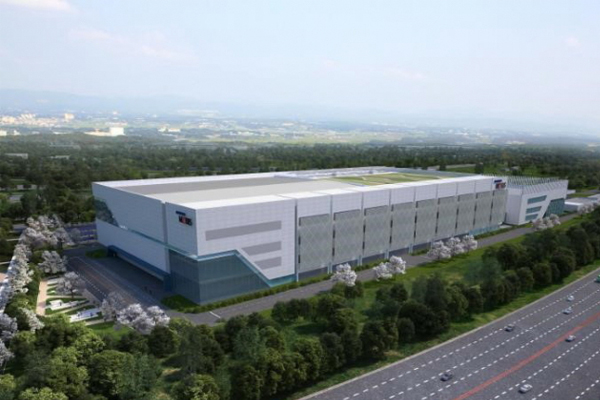 A fuel-cell stack, essential in producing electricity from oxygen and hydrogen, is used to power fuel-cell electric vehicles (FCEV) from Hyundai Motor and Kia.

The Incheon and Ulsan plants to be up and running from the second half of 2023 will produce 100,000 fuel-cell systems per year, adding to 23,000 from Hyundai Mobis` Chungju plant, which has been in operation since 2018. 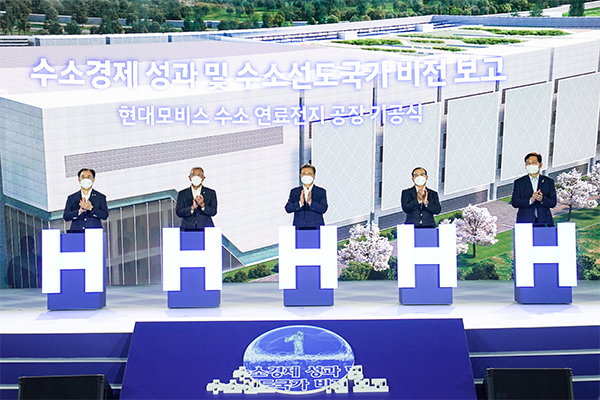 Hyundai Mobis decided to make such a massive investment despite business uncertainty caused by the pandemic as part of efforts to stay ahead of its rivals in the fuel-cell system sector, according to the company’s chief executive Cho Sung-hwan.