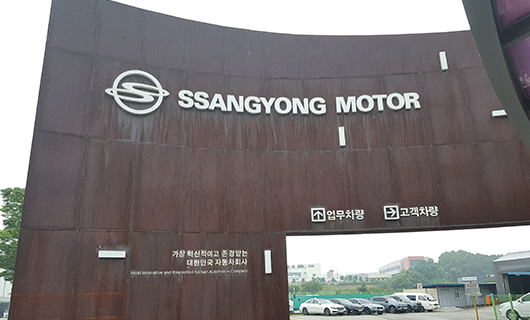 As many as 11 candidates initially showed interest in the SUV-specialized car manufacturer during the preliminary tender. Samra Midas (SM) Group and Cardinal One Motors, which were considered the strongest contenders, as well as local EV manufacturer Kpop Motors decided against going through the contest.

Upon acquisition Edison Motors plans to expand EV lineup to 10 new models by 2022, 20 models by 2025 and 30 models by 2030. The first release would come in the codenamed Smart S in the second half of 2022, according to its detailed letter of intent. It expects the combination of its own EV system and software technology with SsangYong Motor’s mass-produced combustion engine car infrastructure can create big synergy.

Local EV and battery maker EL B&T has formed a consortium with domestic PEF Pavilion Private Equity. It is said to have recently advanced into the Saudi Arabian EV market by signing a memorandum of agreement with state-run Saudi International Industrial Village Company (SIIVC) to join a government-led project to build a Korean industrial complex in the Middle Eastern country.

Los Angeles-based Indi EV specializes in designing EVs, and its funding capacity has not been disclosed.

SM Group is said to have decided not to bid for SsangYong at the last moment upon discovering discrepancies in its vision and SsangYong Motor’s status after a 45-day due diligence. Financing 1 trillion won also served as another burden to the group, according to sources.

Cardinal One Motors that had expressed strong will to become the largest shareholder of SsangYong Motor since the controlling stake was put up for sale from the beginning did not join the final bid as it stumbled to pool investors.

Instead, it could propose the new owner to become responsible for SsangYong’s North American sales network.

SsangYong Motor and its court-appointed auditor EY Hanyoung Korea plan to pick one preferred bidder and one backup candidate by the end of this month.

SsangYong will allow detailed due diligence for two weeks and negotiate the final terms to sign a memorandum of understanding by early next month and complete the M&A within November.

The controlling stake is yielded by Indian automaker Mahindra which owned 75 percent of SsangYong as of the end of last year since acquisition of the near-bankrupt company in 2010.