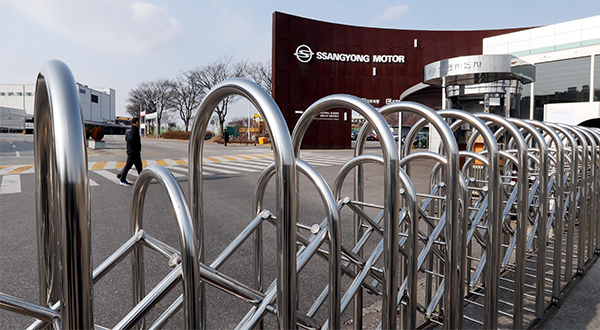 The tender for a controlling stake in South Korea’s SsangYong Motor Co. under court protection closes Wednesday in an anticipated horserace between domestic bidders Samra Midas (SM) Group and Edison Motors-led consortium as other contenders are said to have failed to secured funding for an estimated 1 trillion won ($852.6 million) cost.

EY Hanyoung Korea, court-appointed auditor of the liquidity-battered SUV producer, will receive final investment proposals from bidders by 3:00 p.m. Wednesday to pick two preferred bidders by the end of this month. It aims to proceed with price negotiation to complete the sale by the end of October.

Industry experts estimate the new owner would need around 1 trillion won to assume 390 billion won debt SsangYong Motor owed before it went under court protection and pay for the overdues and operational funds.

EY Hanyoung Korea reportedly required the bidders to submit documents that prove their financial health to run the car maker stably upon the acquisition.

As many as 11 candidates have shown interest in SsangYong Motor, and most of them are expected to submit their prospectus just before the deadline.

For now, SM Group and Edison Motors-led consortium are the strongest contenders considering their funding capacity.

It is unknown how Cardinal One Motors, built with the purpose of focus on the SsangYong takeover by the previous sole bidder HAAH Automotive Holdings’ CEO Duke Hale, and other candidates will finance the deal.

Currently, all bidders are seriously reviewing the business outlook and feasibility, labor union issues of SsangYong Motor for takeover. The SUV-specialty during the due diligence presented its goal of making profits within the next three years and achieving 4 percent in operating margin by 2030.

SsangYong Motor’s liabilities exceeded working capital by 98.8 percent as of the end of June, improved from 111.8 percent from late last year after reflecting the appreciation in estate value. Still, the gap between liabilities and assets amounts to over 941.3 billion won.

State lender and creditor Korea Development Bank Chairman Lee Dong-gull on Monday emphasized responsibility and capability are the key points in the new owner based on viable business outline to normalize the car maker.