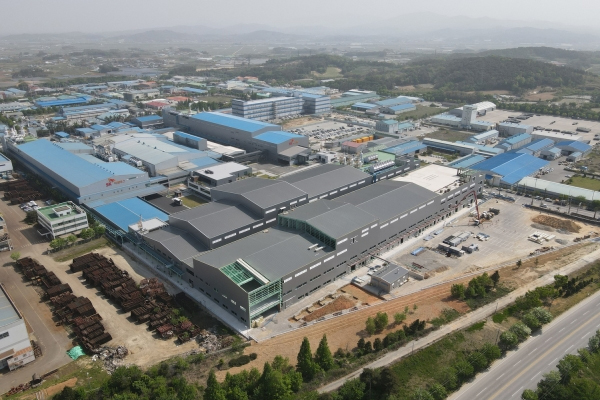 이미지 확대
SKC Co. will complete the construction of its sixth battery copper foil factory in South Korea by the end of the year, ahead of the planned first quarter of 2022, to meet faster mobility migration to electric vehicles.

The chemical and tech material producing unit of Korean conglomerate SK Group is fastening with the construction to ready the opening of the sixth battery copper foil factory in Jeongeup, North Jeolla Province within the year or early next year to raise domestic annual output to 52,000 tons.

“The fifth factory also was completed in June three months earlier than scheduled and has been running at a full capacity,” a company official said. The company has been hastening the opening of the sixth plant as it still cannot meet demand.

Copper foil takes up 5 percent of the cost in the production of EV battery and contributes 15 percent to the battery weight. Thinner, lighter and harder cooper foils can better sustain the anode material and allow more lithium ion batteries to fit in a car.