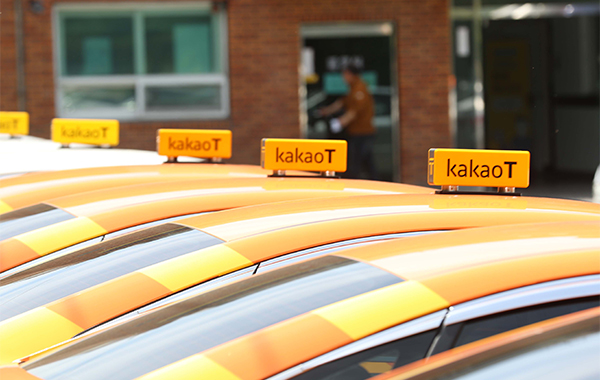 The additional dumping wiped out more than 23.3 trillion won ($19.8 billion) from their combined market capitalization of 114.8 trillion won at the end of last month to 91.5 trillion won on Monday.

Kakao has become the No.1 platform service provider in Korea thanks to its vast user base of Kakao Talk, the chat application it launched in 2010 which almost every Korean now cannot do without. The messenger service is used by around 96 percent population in Korea.

Kakao Talk users can have easy and quick access to virtually every service ranging from shopping and money transfer to gift-giving and cap hailing, helping the company’s fast rise as the platform leader.

But the unrelenting business expansion has met with some criticism that it has been ruthlessly threatening the business of small merchants and self-employed people. Amid growing social scorn, the company is reportedly considering withdrawal from some businesses and measures to achieve balanced growth with merchants, according to sources.

Kakao has divested sound-performing businesses as stand-alone subsidiaries but they have been sprawling into various sectors to achieve independent growth. Kakao Pay, its simple payment unit, engages in insurance and brokerage business.

It is not the first time that Kakao is faced with such criticism. In 2016, it had planned to aggressively enter the house cleaning, chauffer matching and hair salon booking services, but dropped the business launches over public criticism. It had said it would focus on providing platform for online to offline (O2O) business as it concluded that it is inefficient to tap into every O2O business on its own.