이미지 확대
South Korea’s Hanwha Aerospace and a consortium of NH Investment & Securities and Consus Asset Management were among the new investors in the latest $650 million Series E funding round of U.S. 3D-printed rocket startup Relativity Space that closed in June.

According to industry sources on Thursday, Hanwha Aerospace, the aviation unit of Hanwha Group, contributed $10 million and the investment consortium $40 million.

The California-based venture is the first company to 3D print an entire rocket and build the largest metal 3D printers in the world. It creates almost the entire rocket in-house and provides space launch and orbiting services for payloads.

The company’s technology has garnered significant interest from investors with multiple launch contracts secured from large customers including U.S. Department of Defense, NASA, and Lockheed Martin even before the launch of its first rocket.

The latest funding round was led by Fidelity Management & Research Company with participation from investors including Baillie Gifford, funds and accounts managed by BlackRock and Centricus among others. The Korean investors joined the funding by contributing to the fund of Centricus, a global investment company. Qatar and Saudi Arabia’s sovereign wealth funds also contributed $60 million to this fund. 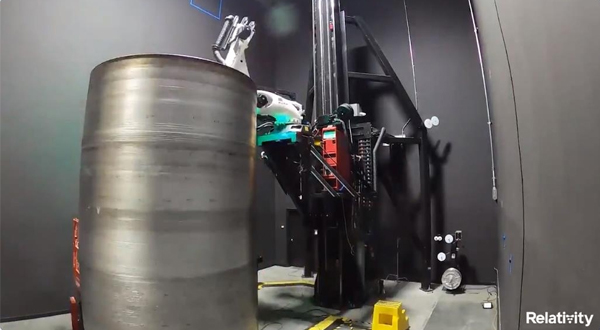 The participation of Korean companies in the highly competitive funding round represents Relativity Space’s high assessment of the value of the Korean market as its potential customer, said a source familiar to the matter.

The company’s unique 3D printing technology is contributing to a significant reduction in the production time and cost of ordinary rockets. The company’s orders on hand now stand at $1.7 billion while its first rocket Terran 1 is being prepared. Another feat is the company’s massive infrastructure including land for rocket development, testing and launch. The U.S. government provided the last two remaining rocket launch sites worth $3.5 billion to Relativity Space.

According to industry data, the satellite launch vehicle market is expected to grow from less than $3 billion in 2020 to more than $3 trillion in 2030.