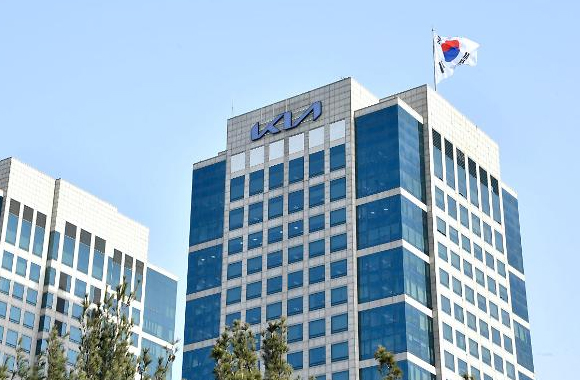 The South Korean automaker said on Thursday its second-quarter operating profit came to 1.49 trillion won ($1.28 billion), a whopping 10-fold increase from 145.2 billion won a year ago and 38.2 percent addition from a quarter ago. It is the highest quarterly figure that breaks its previous record of 1.28 trillion won tallied in the fourth quarter of 2014. It also beat market consensus of 1.37 trillion won.

The excellent quarterly performance was attributed to upbeat sales of higher-margin recreational models such as the Sorento SUV and Carnival minivan, as well as the New K8 launched in the first half, which helped elevate the average sale price, the company said. RV sales accounted for 56.5 percent of the total in the quarter, up by 2.8 percentage points from a year ago. 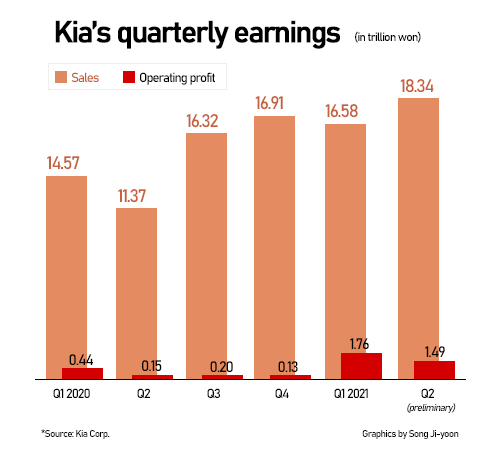 Kia’s car deliveries jumped especially in three key markets – Europe, the U.S. and India where car demand sharply rebounded from the same period of last year when the Covid-19 outbreaks compelled people refrain from spending. In the U.S., its market share hit an all-time high thanks to record high sales of its cars across the board. But its auto sales fell 28.7 percent in another key market China.

The company projected chip shortages would continue to disrupt production in some of its factories at home and abroad in the second half despite the anticipated strong demand, and it said it will go all-out to mitigate the risks with release of new cars including electric vehicles, upgraded models and aggressive marketing campaigns to improve its brand awareness in key markets.

By Seo Dong-cheol and Minu Kim