South Korea’s top beauty and personal care brand announced in its regulatory filing on Thursday that its operating profit on a consolidated basis during the April to June period reached 335.8 billion won ($292 million), up 10.7 percent from a year ago.

For the first six months of the year, LG Household recorded 706.3 billion won in operating profit, up 21 percent from the previous six months and 10.9 percent from last year. 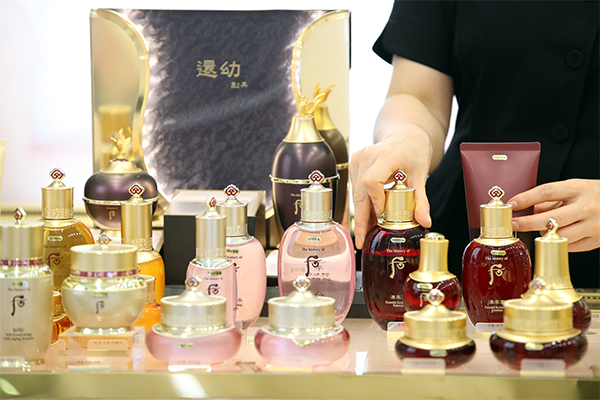 이미지 확대
The sound performance was owed to steady demand for its upscale brands and brisk sales in China, the company said.

Despite the impact of the Covid-19 pandemic and fierce competition with Chinese rivals, strong demands for its luxury cosmetics brands including Ohui and The History of Whoo led to the pre-pandemic level of performance of the beauty business, the company said.

The home care & daily beauty (HBD) business posted $125 billion won in operating profit during the first half, down 2.7 percent from the previous year due to the weakening demand for hygiene products compared to last year when the pandemic was at its height. But revenue increased 8 percent to 1.02 trillion won on releases of new products and overseas business expansion, according to the company.

The refreshment division that sells beverage products reaped 108 billion won in operating profit over the past six months, down 0.7 percent. Sales rose 2.5 percent to 766.8 billion won.