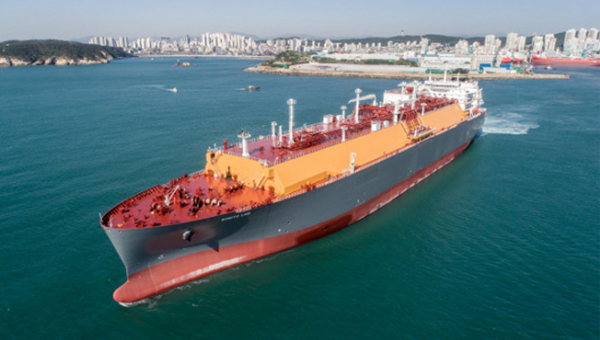 Korea Shipbuilding & Offshore Engineering (KSOE) enjoying a heyday in this year’s order book that would fatten statements two to three years from now reported a bulky operating loss for the second quarter due to spike in steel and raw material costs.

The holding company of shipyards under Hyundai Heavy Industries Group on a regulatory filing on Wednesday disclosed that it swung to an operating loss of 897.3 billion won ($777.2 million) in the April-June period from an operating profit of 92.9 billion won a year ago.

Sales amounted to 3.79 trillion won and net loss reached 722.1 billion won. Revenue rose 3.1 percent from a year ago, but the bottom line turned red. The operating loss more than quadrupled the market consensus of 191.3 billion won.

The company said it had booked 896 billion won in provision for spike in expenses for shipbuilding on anticipation for further strengthening in cost of steel plates and other commodities for vessel production in the second half. Prices of thick plates jumped about 60 percent from the beginning of the year.

Investors however kept eyes on the company’s future income as shipbuilders under KSOE have already over-achieved this year’s target in order book.

By Song Gwang-sup and Minu Kim