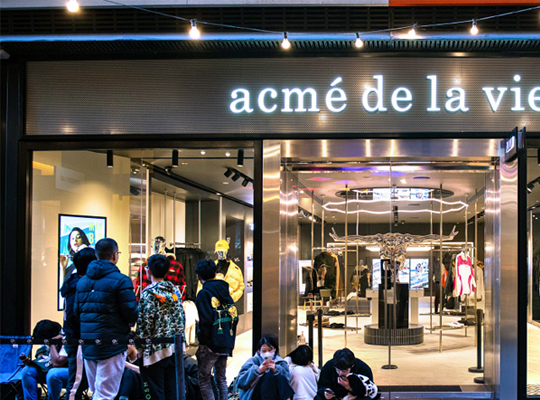 Since the opening in May at the country’s largest shopping district QV Melbourne, the store has raised an average of $10,000 in sales a day, the Korean clothing brand said.

The brand has been creating a splash since founding by twin brothers Goo Jin-mon and Goo Jae-mo in 2017.

ADLV offers a range of streetwear styles including tees, sweats, hoodies, accessories and outerwear, and is best-known for its iconic baby face series which are loved by celebrities.

Since launching the brand in Gangnam district, southern Seoul, ADLV has quickly amassed an avid customer base in their 20s and 30s in Asia. The brand has been operating more than 50 stores in China, Vietnam, Singapore and Malaysia. Last year, it launched on Alibaba’s Tmall, the gateway to China’s online market and is also exporting wholesale to Russia and the Middle East.

On the back of overseas growth, ADLV has entered major duty free shops and department stores in Korea as well as the country`s largest online fashion select shop Musinsa. Its recent collaborations with Disney, Pink Fong, The Simpsons and Kakao Friends have become a hit.

ADLV said it has seen more than a hundred-fold sales surge in just four years since its opening. Last year, it has delivered 45 billion won ($39.11 million) in sales, compared with 400 million won in its first year.

The Korean brand will soon open an online store in Australia and is planning to expand into other countries in the coming years partnering with its global business agent Sewoong Global.

By Lee Young-wook and Lee Soo-min