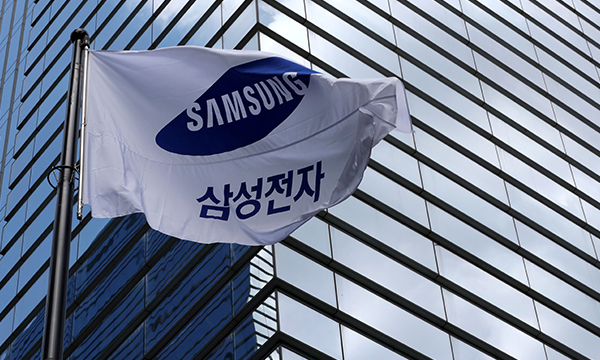 이미지 확대
Samsung Electronics sits on a record cash hoard of 209 trillion won ($182 billion) but has not made a major investment or M&A move beyond the regular chip expansion due to absence of leadership after its chief had been behind the bars since beginning of the year.

According to the company’s quarterly report on Tuesday, Samsung Electronics’ current assets totaled 209.16 trillion won as of end of March, adding 10.94 trillion won from 198.2 trillion won in December. Current assets can be converted into cash within a year.

Even as competitors are busy bulking up through M&As and massive expansions, Samsung Electronics has not made a single M&A beyond $1 billion since Harman acquisition in 2016.

Samsung’s archrival Intel became latest to move to build up foundry business through acquisition of GlobalFoundries for $30 billion.

The Korean chipmaker has been embroiled in a string of setbacks under the Moon Jae-in administration – multiple court battles including the bribery case in connection with impeached President Park Geun-hye that has put Jay Y. Lee, de factor leader of Samsung Group and vice chair of Samsung Electronics back in jail.

In 2019, Samsung Electronics carried out extensive review to buy Dutch automotive chip company NXP but did not go through.

The company has not yet been able to press the go-ahead button for a $17 billion plan to expand its foundry in Austin, Texas.

In 5G telecommunications equipment sector, Samsung Electronics bagged an 8 trillion won equipment supply deal from U.S.-based Verizon last year but has not been able to capitalize on the U.S.-led sanction on China’s Huawei Technology since then.

Earlier this year, Samsung Electronics also lost to Ericsson and Nokia over a 5G equipment deal from U.S. T Mobile and AT&T.

In the first quarter last year, Samsung Electronics accounted 13.2 percent of the global telecommunications equipment market, behind Ericsson at 24.6 percent and Finland’s Nokia at 15.8 percent.

By March this year, Samsung Electronics’ share however fell to 7 percent after failing to win large-scale orders from Verizon.

“With Lee away, Samsung has somewhat lost its decision-making power,” Lee said. “It would be right for Lee to come back as soon as possible and stably lead Samsung.”

On the EV battery sector, Samsung SDI is also falling behind the Big 2 – LG Energy Solution and SK Innovation – who have been galloping away with major expansions in overseas. There had been a rumor about its joining with Germany’s BMW to build a 1 trillion won facility in North America but no progress has been made.

Samsung Electronics’ global shipment of smartphones in the first half of this year was 134 million units, not even half of its annual target of 280 million units.

The company’s smartphone shipments reached its peak at 160 million units in the first half of 2017 and 320 million units for the full year to take up 20 percent of global market share, but its hare has been skidding since then.

Lee announced a 2030 vision in 2019 to invest 133 trillion won to overtake Taiwan’s TSMC as top system chip player. Samsung Electronics revised up the investment plan to 171 trillion won by 2030 in May, but expedition of the projects has been put on hold.

TSMC, meanwhile, announced earlier this year to invest $28 billion this year in foundry facility and $128 billion by 2024. The company began construction of its $36 billion new plant in Arizona, the U.S. It is also producing trials products of 3-nano chips after being selected by Apple and Intel.

U.S. Intel that announced its re-entry into foundry market in March also decided to build two foundries in Arizona based on $20 billion investment.