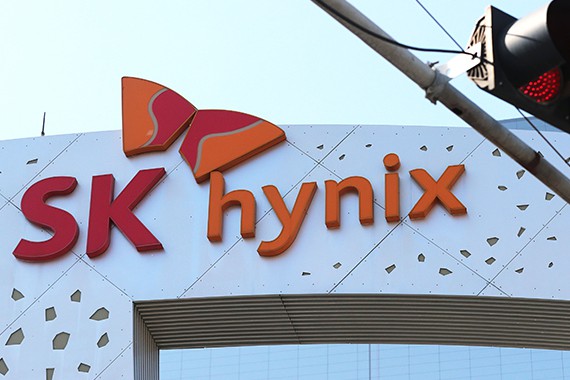 Initially, it planned $500 million in bond offering but increased the size after drawing unexpected demand of $5.4 billion from 230 institutions during the book building.

SK Hynix uses the new financing to expand eco-friendly business such as for water quality management, enhanced energy efficiency, contamination prevention and restoring of environment. It is working on building of new high-tech wastewater treatment plant and water reuse system.

To reduce the carbon emissions from the overall IT industry, SK Hynix also is planning to speed up efforts to replace hard disk drives with solid state drives that are faster, lighter and use less energy.

“The use of SSD can cut as much as 93 percent of carbon dioxide emissions. The transition to SSD will help reduce the carbon emissions and further promote social value in the environmental industry,” said a SK Hynix official.

A global green bond is debt issued and sold in the global financial market for limited investment in environmentally-friendly projects such as those related to renewable business at home and abroad and expanding renewable energy efficiency.

Recently, global IT firms like Apple and TSMC are in active in environmental, social and corporate governance (ESG) drive by joining the global initiative “RE100” bringing together the world’s most influential businesses committed to 100 percent renewable electricity.

SK Hynix with other major SK family units announced to join the global campaign by the end of last year for the first time in Korea.