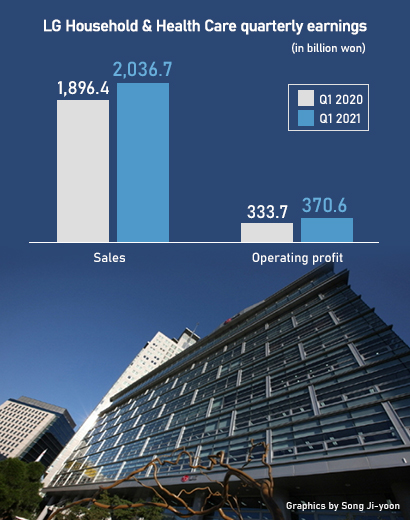 The virus outbreak battered the global beauty companies last year. But LG Household weather the storm better, pulling off a 4.9 percent sales growth from a year ago to $4.05 billion in 2020 as its premium lineups such as Whoo, Sum and Ohui did well in the global market including China.

Celebrating the 20th anniversary of becoming a stand-alone beauty unit of LG Group, the company has been expanding its global presence beyond Asia to North America. At a recent meeting chaired by its vice chairman Cha Suk-yong, the company set sales target for the North American market at $470 million, up 12 percent from last year’s $420 million. 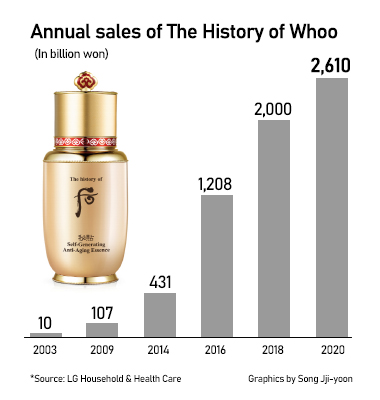 이미지 확대
LG Household & Health Care entered a growth take-off in 2005 when Cha took the helm. He has been urging employees to always prepare for unexpected crisis, and emphasizing that aggressive but well-planned merger and acquisition is the best way to build resilience.