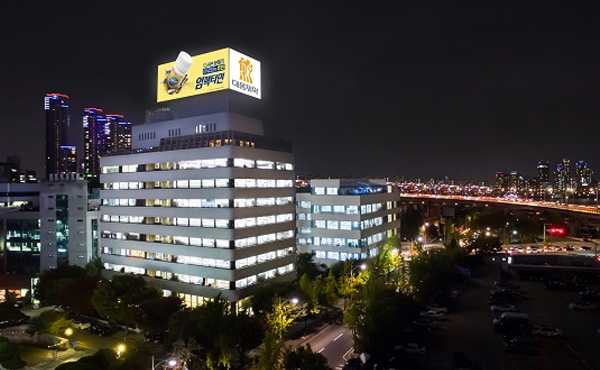 이미지 확대
Daewoong Pharmaceutical Co.’s first-quarter operating profit reached 22.6 billion won ($20 million), a whopping 305 percent jump from a year ago, thanks to the end of a legal battle against its local rival Medytox Inc. over a botulinum toxin (botox) manufacturing trade secret theft case in the U.S.

The company said in a regulatory filing Thursday afternoon that it earned 22.6 billion won in operating profit on a consolidated basis during the first quarter ended March, 2021 on sales of 269.6 billion won. Operating profit surged 305 percent from the same period of last year, and sales 4.7 percent. However, its bottom line remained in the red with a 20.9 billion won loss.

The Korean pharmaceutical company attributed the gain in sales to the growth of prescription medicine business and the inflow of out-licensing upfront payment from China over its gastroesophageal reflux disease drug Fexuprazan.

A decrease in costs related to the U.S. International Trade Commission (ITC) lawsuits over the originality of its botulinum toxin product also helped improve profitability, the company said. It marks the first time in eight years that the company’s quarterly operating profit surpassed 20 billion won.

In February 2019, Medytox and its U.S. marketing partner Allergan filed a lawsuit against Daewoong Pharmaceutical and its U.S. sale partner Evolus, claiming that Nabota (traded as Jeuveau in the U.S.) was developed using a stolen trade secret from Medytox. In December last year, the ITC upheld a judge’s finding that sided with Medytox, imposing a 21-month ban on Nabota import to the U.S.

But later Medytox reached as three-party agreement with Allergan and Evolus, in which Evolus agreed to pay settlement money and royalties from Nabota sales to Medytox and Allergan. And then, early this month, the ITC withdrew its import ban on Nabota upon taking up Medytox’s request as part of the three-party agreement, allowing Daewoong to resume Nabota sale in the U.S.

Sales of botox product Nabota increased slightly with 15.4 billion won in the first quarter, up from 15.1 billion won a year ago.

Meanwhile, Daewoong Pharmaceutical’s holding firm Daewoong said its first-quarter consolidated operating profit came to 44.3 billion won, up 78.7 percent from a year earlier. Sales grew 6.2 percent on year to 348.5 billion won. But the company swung to a net loss of 7.1 billion won in the quarter.