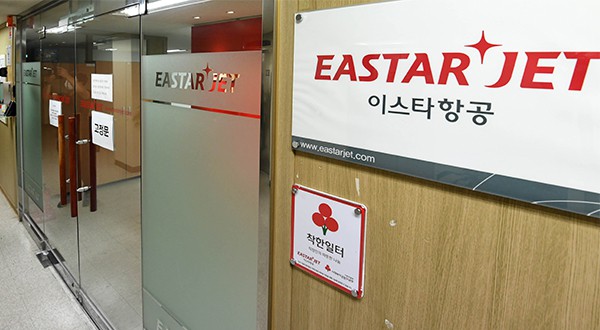 South Korean budget carrier Eastar Jet Co. struggling to find new investors and capital after the planned sale to its bigger rival Jeju Air Co. flopped is headed for the bankruptcy court as early as next week, according to industry sources on Wednesday.

If the court accepts protection appeal, the budget airline will be able to find a new investor in a public auction under court management that could attract more potential bidders. The capital invested by a new owner will be used to pay back loans, according to the sources.

“Last year, it was more likely that the court would liquidate the company due to the severe Covid-19 outbreaks. But conditions have somewhat improved with the arrival of vaccines,” increasing chance of receiving court protection instead of liquidation, said a source close to Eastar Jet’s sale advisor.

The bankruptcy court generally decides to save the business when the going-concern value is estimated to be higher than the liquidation value.

Currently, four companies are said to be interested in Eastar Jet – a builder, a financial company and two private equity funds. The airliner expects more bidders would come forward if the court-led auction begins.