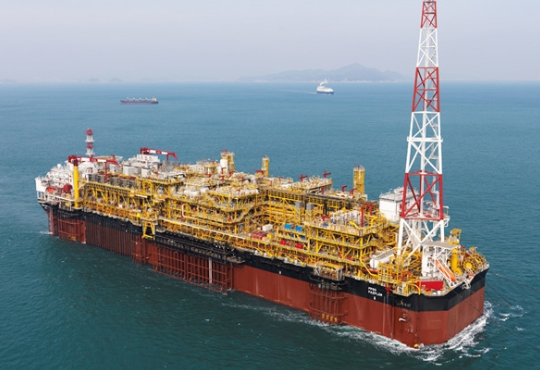 South Korean shipyards who have been sweeping this year’s global sea carrier and facility orders are going after another mega deal from Brazilian oil company Petrobras for offshore plant construction.

According to shipbuilding industry sources and foreign media reports on Wednesday, Korean names including Korea Shipbuilding & Offshore Engineering Co. (KSOE) and Daewoo Shipbuilding & Marine Engineering Co. (DSME) have been invited by Brazil’s state-owned oil company Petroleo Brasileiro S.A., better known as Petrobras, to bid for its new project to build a floating production storage and offloading (FPSO) facility. There are 10 contenders in the bid, including the Korean players.

Petrobras has not disclosed the exact value of the deal but industry sources estimate it would be worth around $2.66 billion.

Earlier, KSOE and DSME made it to the shortlist in a tender for another FPSO project worth $4.6 billion in total from Petrobras and are now in the final stage of negotiations, which would give them a leg up on other competitors in the new project. The $4.6 billion offshore plant construction project to build two FPSO units is the largest single FPSO contract ever. Petrobras is expected to decide in the coming months whether to choose one of the two shipbuilders for the whole project or divide it and award a half to each of them.

The latest large-scale deals raise hope for revival of the offshore plant construction scene after years of lethargy amid rapidly rising oil prices. The U.S. West Texas Intermediate (WTI) crude that fell to as low as $20 per barrel last year has bounced back to $64.