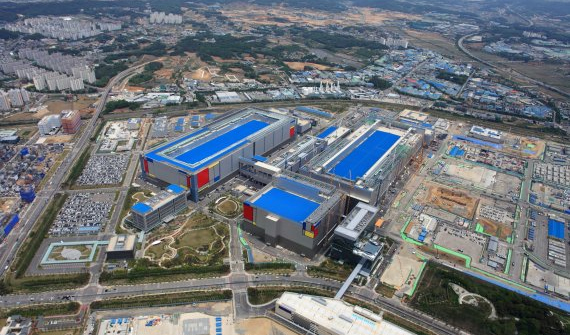 Samsung Electronics Co., the world’s largest memory chip maker, is moving ahead with its next-gen memory upscaling at its third chip fab in Pyeongtaek complex in South Korea costing over an estimated $30 billion to ensure comfortable lead in the memory market amid escalating competition in the chip front.

According to industry sources on Wednesday, Samsung Electronics is pulling up the timeline for its Pyeongtaek Line 3 project, known as P3, in Gyeonggi Province that has been technically underway after the company broke ground on it in September last year.

Equipments will be brought in timed with the building construction completion by spring next year, an unnamed industry source said.

The equipments being ordered suggest the P3 will incorporate seventh-generation V-NAND flash and DRAM chips churned out of extreme ultraviolet (EUV) lithography technology to bolster yields per wafer and meet explosive demand for memory chips.

The P3 expected to cost from 30 trillion won ($26.7 billion) to 50 trillion won for mass production from 2023 will be the base for 10-nanometer class DRAM chips with EUV processing and V-NAND of 176 or more layers.

Whether the line will receive outside foundry orders is undecided, but could depend on the order scale, the source said.

Shares of Samsung Electronics closed 0.36 percent down at 82,300 won on Thursday.